Our charity is delighted that Mrs Diana Hart has received the British Empire Medal in The Queen’s Birthday Honours for her voluntary service to soldiers and their families.

Since 2007, Diana has been the Chair of our Middlesex County Committee, which she joined 50 years ago. During the last 20 years, she has helped to raise £800,000 for British Army families and veterans in need. This included around £40,000 raised each year over several years doing bucket collections during the RHS Chelsea Flower Show week. Diana was also involved in The Girls Brigade for many years. 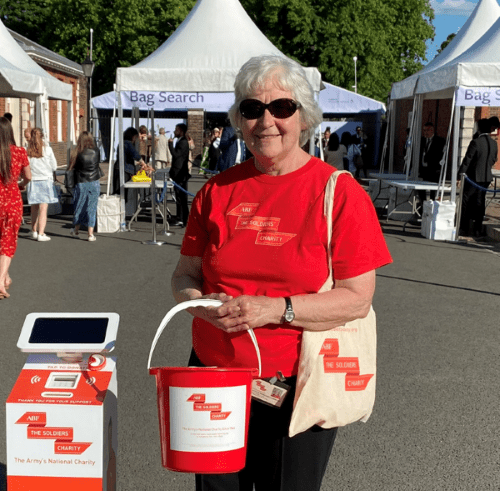 “We were thrilled to hear about Diana’s BEM, a fitting reward for her decades of devoted service to our charity, soldiers and veterans. And to be awarded by our charity’s patron, Her Majesty The Queen, in her Platinum Jubilee year is especially poignant. We congratulate Diana and her family and send our very best wishes.”