ABF The Soldiers’ Charity Wales region has been nominated for the Introbiz Business Award for the Charity of the Year category due to its extensive contributions to raise awareness. The winner will be announced at the Charity Gala Dinner in the Vale Resort, Cardiff on 14th November. The Soldiers’ Charity has been a member of Introbiz for two years and this year it has been selected as the chosen charity for the expo. All funds raised on the night will go towards the charity and its cause. 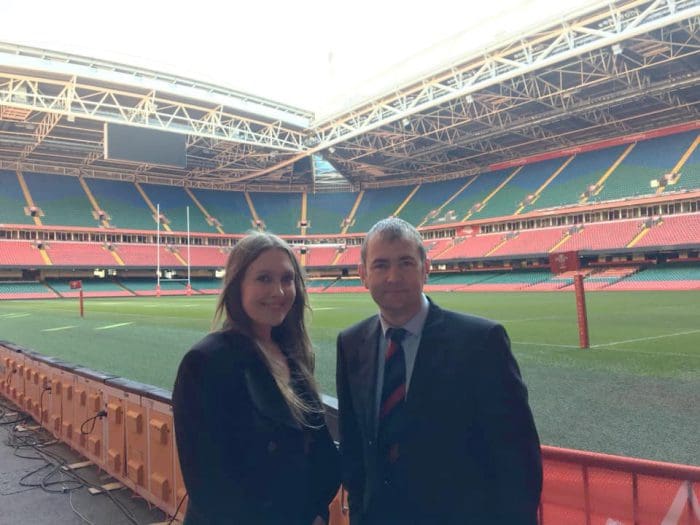 Emma Davies, Editor and Content Manager at Introbiz, said: “The charity has been a consistent, supportive member of the Introbiz network for the last couple of years. The work it does is absolutely tremendous, especially through its marketing output and events to raise awareness and money to support our Army and families.”

The Wales team has been busy with multiple activities. This includes the Cardiff Half Marathon and also the Swansea Half Marathon. The team also worked with Net Consulting Ltd Cardiff to host a charity golf day. This years’ golf day, held in Swansea, sold out and created a rich place for business networking – a key factor for being nominated for the Introbiz award. Alan Brayley President of the Swansea Bay Business Club also selected The Soldiers’ Charity to be the chosen charity for the Club this year.

Other activities include tackling the Mount Toubkal Challenge in Morocco. There, they trekked for three days through the Atlas Mountains to summit its highest peak. They tackled demanding terrain with rugged boulders and stony paths to raise money to help the Army family. Other attendees included Ajuda Training Ltd (Cardiff) who hosted their 10th anniversary dinner and selected The Soldiers’ Charity as their chosen charity.

Peter Davies, Regional Director of ABF The Soldiers’ Charity Wales, added: “It has been a fantastic year full of exciting events, especially during our 75th anniversary year. It is always great to see so many people gathering together to help us raise vital funds which will help soldiers, veterans and their families.”

Find out more about our Welsh regional office