Age in Spain receive £25,000 to help soldiers, veterans and families living in Spain 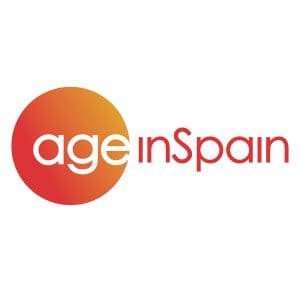 ABF The Soldiers’ Charity is delighted to have awarded a grant of £25,000 to Age in Spain. The grant will go towards providing information, casework and repatriation support to British soldiers, veterans and their families living in Spain.

Age in Spain was founded by British expatriates with direct experience of dealing with the changes and challenges of living in Spain. The founders, Judy and Jim Arnold-Boakes, moved to Spain in the 1980s. They discovered that, for some English-speaking people, language could be more than a communication barrier, and the loss of a partner or sudden change of circumstances could leave people isolated and vulnerable.

In response to this need, the couple formed O.A.S.I.S (Overseas Assistance and Support in Spain) from their Mallorca home. This would later go on to become Age in Spain. The charity seeks to enable people to make informed later-life decisions through the provision of independent, accessible information and support. They work with charities and organisations in the UK and Spain, combining knowledge and experience in order to maximise their impact.

The Soldiers’ Charity grant will go towards supporting Age in Spain’s three core services. The Information Service provides up-to-date and accessible information on key issues affecting UK nationals and their families. The Casework Service channels financial support from UK charities to those ex-service personnel who are in need due to money, health, home or family problems. The Repatriation Service assists British nationals to return home when they can no longer live independently in Spain.

Jaine Seabright, President of Age in Spain, says: “Age in Spain is a small organisation which does a very big job, working across a country which is twice the size of the UK. This grant is a lifeline – enabling our volunteers to directly help soldiers and their families who need support, wherever they live in Spain. We are truly grateful to The Soldiers’ Charity as we work together to help people to maintain independence and manage the challenges of later life.”

Brigadier (Ret’d) Robin Bacon, Chief of Staff at ABF The Soldiers’ Charity, adds: “Support for our soldiers and veterans should never be contingent on geography. Age in Spain does a tremendous job of ensuring that members of the Army Family continue to be well cared for, even when they are far from home. The Soldiers’ Charity are delighted to be able to support their great work.”