April Update from the Chief Executive 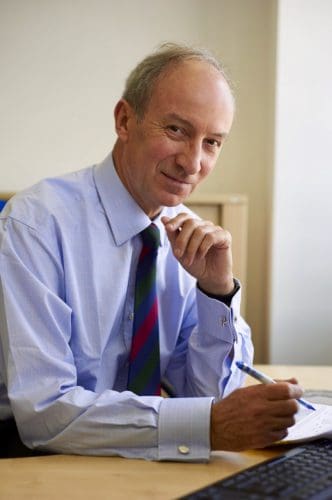 There has been much ‘noise’ about the Armed Forces community in the public domain lately, not least surrounding the departure of Johnny Mercer, Minister for Defence People and Veterans, who was kind enough to be interviewed by us for a podcast earlier this month. It’s an interesting listen, despite being somewhat overtaken by events over the past week.

As ever, we remain committed to the Army family and will not be derailed from stepping in to support them when they are in need.

As we look back at our past financial year (which closed on 31st March), our headline figures indicate that we have spent in excess of £8.4m supporting some 60,000 soldiers, veterans and their immediate families in 63 countries across the globe. Unlike many military charities, we neither rely on government funding nor have service contracts with the NHS or local authorities. We are therefore entirely reliant on you, our ever-generous supporters, and following the year we have just had in particular I would like to say an especially big thank you.

We truly support the whole Army family, with our youngest beneficiary last year being a two-year-old child and our oldest a 103-year-old veteran. In this newsletter you can read more about a cohort we are very proud to support: those who served in the Korean War. I hope you enjoy the issue.

Korea 70: Remembering the Battle of the Imjin River

This April marks the 70th anniversary of the Battle of the Imjin River during the Korean War – a forgotten conflict that helped shape the modern world. Fought between 1950 and 1953, the Korean War was amongst the first military actions of the Cold War era and set the stage for decades of hostility between East and West. We are proud to support Korean war veterans to this day. Read more. 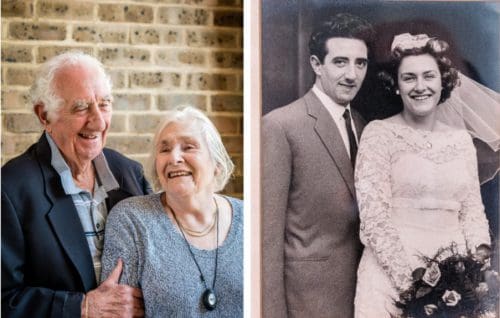 George was just 19 when he witnessed first-hand the brutality of the Korean War. Caught in an ambush while fighting with The King’s Regiment (Liverpool), he sustained 14 bullets to his leg and one to his hand before using his arms to crawl across the paddy fields to safety.

70 years later, George and his wife Anne live in Sir Oswald Stoll Mansions in Fulham. As one of Stoll’s major funders over many years, we are proud to ensure that former soldiers like George can enjoy dignity and independence long after their service has ended. Read more.

Podcast: Voices of the Korean War 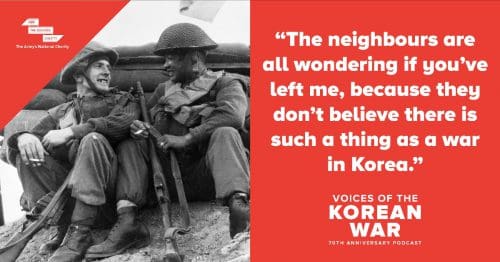 Our latest podcast, Voices of the Korean War, brings together some of the last surviving Korean War veterans, who share their stories alongside military historian Sir Max Hastings.

Released to mark the 70th anniversary of the Battle of the Imjin River, the podcast explores the stand taken by the British 29th Brigade including the 1st Battalion The Gloucestershire Regiment – the Glorious Glosters – who valiantly held their position for three days before being forced to retreat amid heavy causalities. Listen now.

Support the Army family with our charity face masks

If you liked our red charity facemasks, you’ll love our brand-new green ones! Reusable, breathable and triple-layered, our non-medical masks are the perfect way to keep yourself and those around you safe while supporting the Army family. Buy now.

Do you own a motorcycle? Would you like to join our East Anglia office’s inaugural Motorcycle Ride on 5th September 2021?

Open to beginners and experienced motorcyclists alike, the ride will take you on a circular 50-mile route, ending at the Triumph Factory Visitor Experience in Hinckley, Leicestershire. Experience the thrill of a group motorcycle ride through the English countryside while supporting soldiers, veterans and their immediate families. Register now.

Thank you for enabling us to be here for soldiers, for life.