Asking servicemen and women to pay for citizenship is “absolutely out of order”, says former Chief of Defence Staff

Today we launch the seventh episode of General Talk. Our host, Harry Bucknall, talks to General The Lord Richards, Grand President of the Royal Commonwealth Ex-Services League and former Chief of the Defence Staff, who has said he is persistently disappointed by successive governments’ posture on commonwealth soldiers’ citizenship. He stated in this episode that “to ask servicemen and women to pay for the privilege to live in the country they fought for or were prepared to defend is absolutely out of order.”

Gen Lord Richards, who served as Chief of the Defence Staff until 2013, said:

“When we [the UK] are accepting immigrants on the scale that we do, surely we should put our servicemen and women in Commonwealth countries at the very top of the list of people who can come.”

He stated he will continue to work with the Royal Commonwealth & Ex-Services League, The Royal British Legion and single-service charities such as our charity to advocate for and support commonwealth veterans.

In a wide-ranging interview for our charity, Gen Lord Richards discussed the challenges modern political leaders face – such as social media and the 24/7 news cycle – and reflected that they should be put though their paces on training courses early in their tenure, like Thatcher and Major were when Richards served as a Colonel. He directly suggested this to the Secretary of State while he was Chief of the Defence Staff and got nowhere:

“This doesn’t happen now; they’re all above it – they seemed to think this was questioning their wisdom and experience.”

Gen Richards also feels strongly that the Army is too small, saying we need a minimum of a two-brigade war fighting division that is ready to deploy quickly; and that our alliance with NATO is fundamental militarily and strategically.

“We must build back the Army, changing the structure and composition to reflect modern technology. You can’t just chuck out the old – you need a balance of military assets that might increasingly favour the new.

“Drones are very important and will continue to be in the future, but you cannot seize and hold ground with drones. If we chuck out things like tanks, artillery and armoured infantry before new technology has taken their place then there is a risk that our soldiers will be very unprotected in some war that inevitably will come along that our politicians were convinced would never happen.

“The bottom line is we are not putting enough into defence. If we want the leadership role we seek in this global Britain era, we have to put more in.” 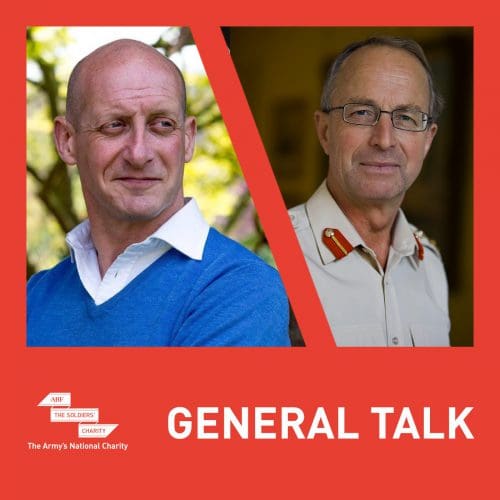 To hear more from General The Lord Richards, listen to General Talk here.