Back to the 1940s for tea and cake with the NAAFI

NAAFI and ABF The Soldiers’ Charity joined forces to serve tea and cake to families in Tidworth to celebrate 75 years since the NAAFI gave £1.5 million to the charity in 1944 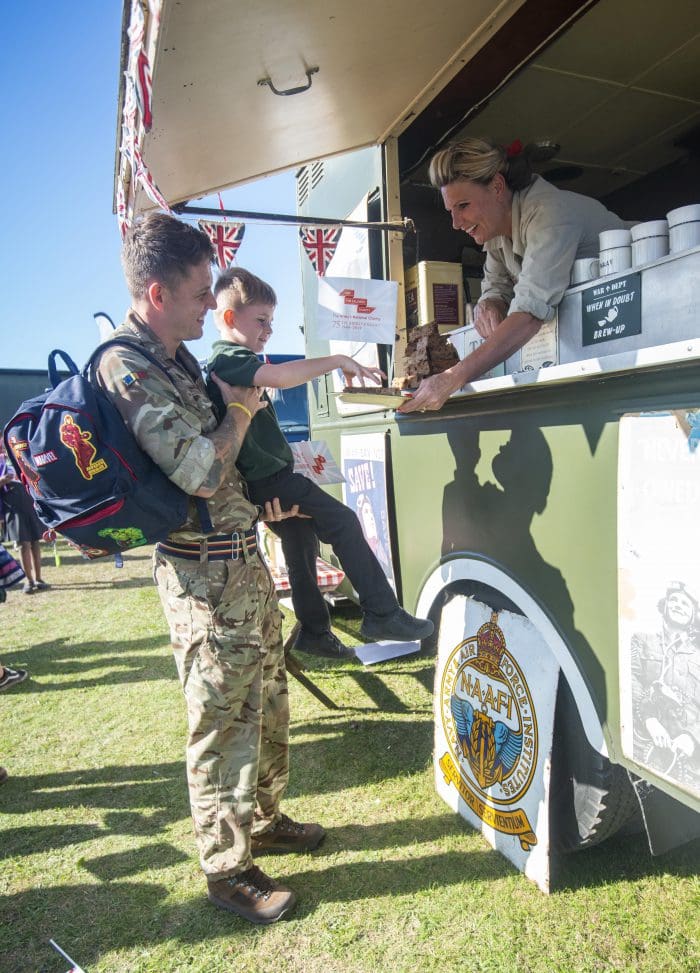 NAAFI vans old and new served tea and cake to parents and children in Tidworth. Refreshments were served from an original 1940s van and its modern-day equivalent. On top of this, two classes of school children learnt about the role of the NAAFI during the Second World War.
The event celebrated the 1944 gift from the much-loved NAAFI of £1.5 million to the recently founded Army Benevolent Fund (now ABF The Soldiers’ Charity). Today, the gift is valued by ONS at over £65 million.*

In 1944, the funds enabled the fledgling Army Benevolent Fund to begin its work of providing a lifetime of support to soldiers, veterans and their families. According to the first annual report, the fund provided by NAAFI were to “ensure that those men and women who have thus indirectly subscribed to the assets of the (Army Benevolent) Fund shall reap the greater part of the benefits distributable, especially during the immediate post-war years when it is expected that help will be most needed.”