This week, members of our Influencers Network were treated to an engaging talk and Q&A by acclaimed writer Bernard Cornwell and historian Dan Snow at the Army & Navy Club.

The event focused on Bernard’s latest novel, Sharpe’s Assassin, which sees the return of dashing rifleman Richard Sharpe after a 15-year hiatus. In an engrossing talk with renowned historian and TV presenter Dan Snow, Bernard discussed the military accounts featured in his Sharpe saga, which follows the eponymous hero’s exploits in the British Army during the Napoleonic Wars.

In summary of why his writing has been greatly influenced by the Army, Bernard said “There is a quote from Samuel Johnson: ‘Every man thinks meanly of himself for not having been a soldier.’ Well that’s me. I never was a soldier, but I admire them.” 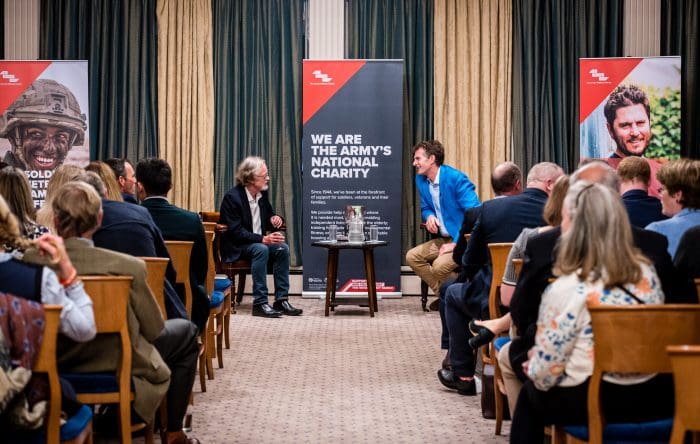 Additionally, Bernard shared his unique thought process behind the writing and development of characters, his admiration for Sean Bean’s portrayal of Sharpe in the TV adaptation – and finally a promising hint that Sharpe’s Assassin will not be the last of the series. Guests later had the opportunity to meet Bernard in-person and purchase signed copies of the book. 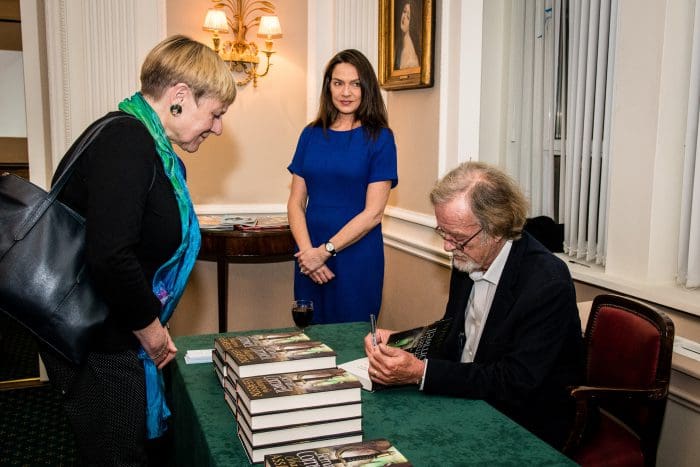 Bernard was pleased to support our charity on this occasion and said: “The British army has been very good to me – it’s a great opportunity to say thank you.”

Huge thanks to Bernard, Dan and all the members of our Influencers Network who helped to make the evening such a success.

About the Influencers Network

The Influencers Network brings together ex-military and civilian professionals to celebrate good leadership. Guests connect with peers, share leadership skills and learn more about how companies can positively impact the lives of soldiers, veterans and their families.

For more information about our Influencers Network, please email influencersnetwork@soldierscharity.org