Corporal Natalya Platonova, winner of Channel 4’s reality show The Circle, has hiked from Oxford to Buckingham Palace with a medicine ball, representing the ‘invisible burden’ of mental health. 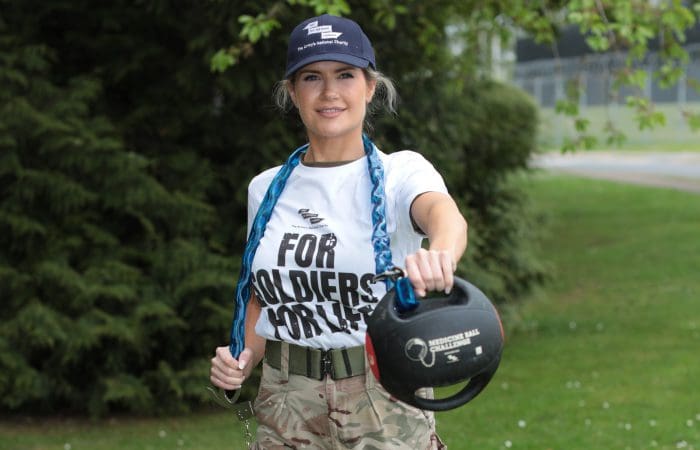 Completing the challenge on Saturday (14th May), Natalya was thrilled to have raised over £10,000 for ABF The Soldiers’ Charity and Combat Stress, following a fantastic response from friends, Army colleagues, fans and supporters.

“This week has been the most rewarding, challenging and fulfilling week of my life. My body may be broken but my mind has rebuilt itself and feels stronger than ever. I feel like this has been the very best therapy for me.” 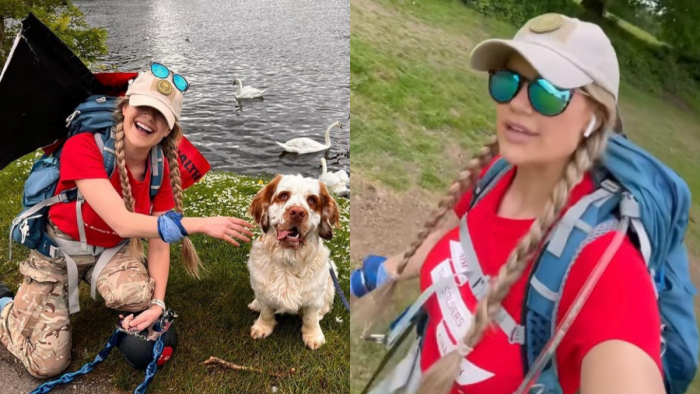 “We are delighted that Natalya volunteered to do the Medicine Ball Challenge. Her enthusiasm and commitment to mental health awareness have inspired lots of people to support us and our partner charity Combat Stress.” 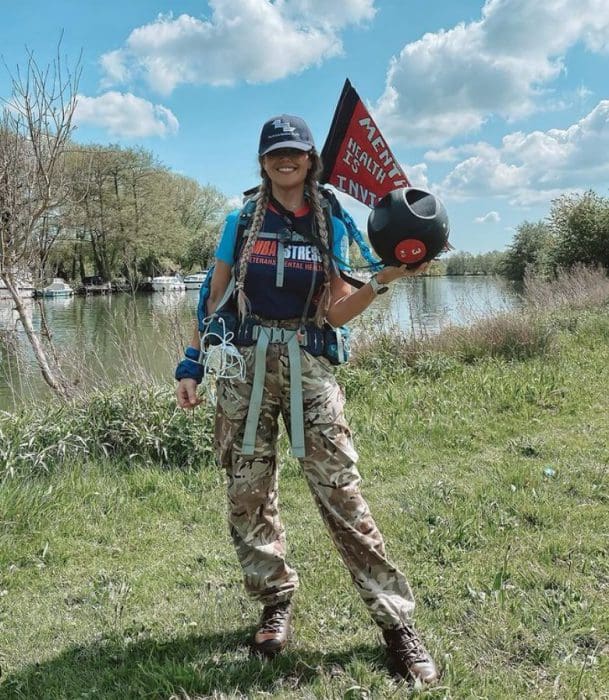 Natalya’s journey was part of the nationwide fundraising Medicine Ball Challenge, originally conceived and launched by two British Army soldiers, Andy Unwin and Andy Perkins. They wanted to represent in a visible way how mental health can be such a heavy burden for many people to carry. Following Natalya’s fantastic effort, the challenge has now raised over £60,000 for ABF The Soldiers’ Charity and Combat Stress, the UK’s leading veterans’ mental health charity.