In 2019, Major (Ret’d) Will Tower, regional director of the South East region, initiated a competition with support from the Corps of Army Music (CAMUS) to compose a military march for ABF The Soldiers’ Charity.

Bands from across the Army family set to work creating new scores which would represent The Soldiers’ Charity in years to come.

An impressive 17 entries in total were submitted in November 2019 from regular and reservist British Army bands up and down the country. The initial stage of judging took place on 24th February where all 17 entries were played by the Band of the Grenadier Guards before being shortlisted.

The final round of the competition took place this week on 26th February at Wellington Barracks with an expert panel of judges: 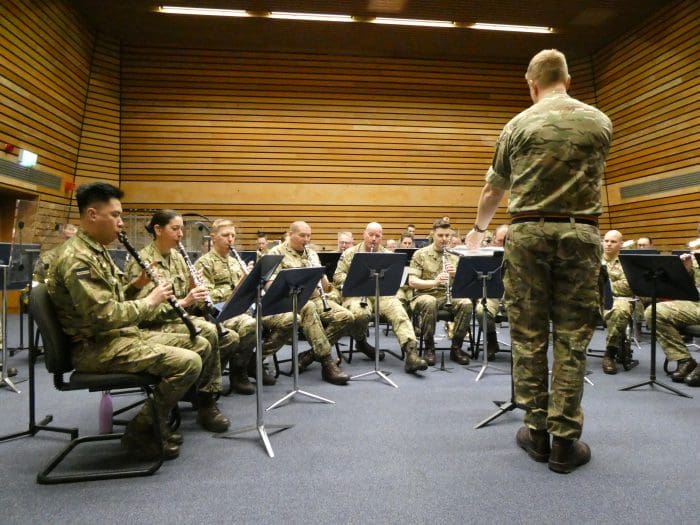 The finalist pieces were played to the judges and representatives from The Soldiers’ Charity, once again performed by the Band of the Grenadier Guards. The band played each piece brilliantly and some very tough decisions were needed from the judges.

After much deliberation the top 3 entries were announced:

A huge congratulations to the winners and to all the composers reaching the final stage. We would also like to thank everyone who took part and Captain Stuart Marsh from the Household Division Bands for enabling ABF The Soldiers’ Charity to have its very own military march.