Charity Ambassadors recognised at The Amplifon Awards for Brave Britons 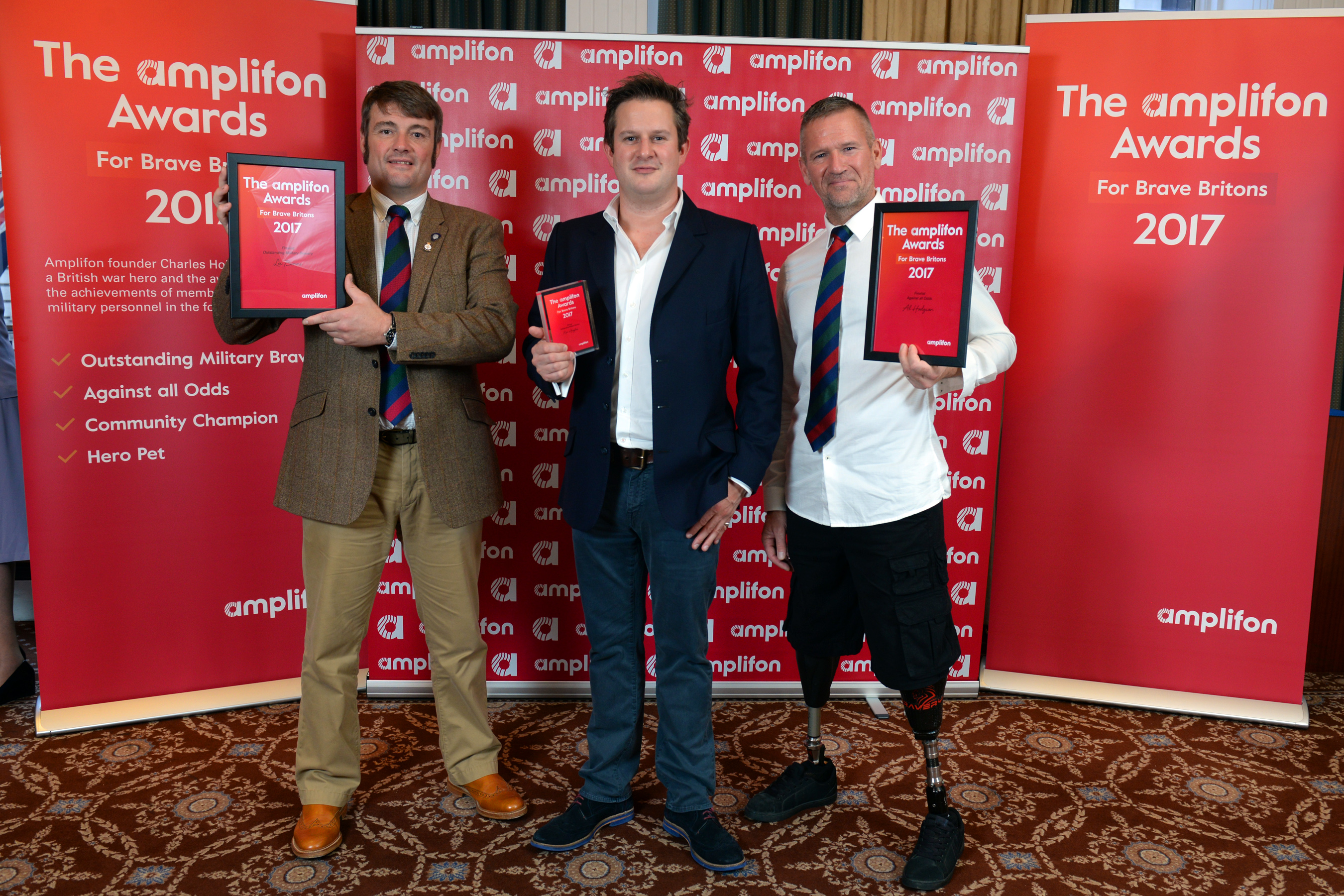 We are proud to announce that today, three of our Charity Ambassadors were recognised for their bravery at The Amplifon Awards for Brave Britons.

Les Binns, Al Hodgson, and Kim Hughes were all shortlisted for the Awards in a ceremony that took place at The Army & Navy Club in London. In total, there were four award categories: Outstanding Military Bravery, Against All Odds, Community Champion, and Hero Pet. The awards celebrated the achievements of exceptional people (and animals!) from varying backgrounds and professions.

Leslie Binns and WO1 Kim Hughes GC RLC were both finalists in the Outstanding Military Bravery category and, in an extremely competitive field, Kim was eventually announced as the winner.

In 2009, Kim was on patrol in Afghanistan with his Royal Logistic Corps Search team, when a soldier stood on an Improvised Explosive Device (IED) and was seriously injured. The two-stretcher bearers who went in to recover the casualty triggered another IED, killing them both instantly and further injuring the initial casualty. Kim stepped in and neutralised seven additional IEDs – five of them manually – and his team were able to extract the casualties and continue the patrol. Kim was awarded the George Cross for his bravery.

Les, who served for more than 13 years with The Light Dragoons, received a commendation for his actions in Afghanistan. While out on patrol, Les was nearby when an Afghan soldier stood on an IED, killing three of his comrades instantly. Despite sustaining significant shrapnel injuries to his arm, legs and face, resulting in him permanently losing the sight in his left eye, Les tended to fellow casualties and removed them from danger. Les was subsequently awarded The Queen’s Commendation for Bravery. His courage once was once again displayed a few years later, during an attempted summit of Mount Everest in 2016. Just 12 hours, and 500m, from reaching the summit, he selflessly abandoned his climb to help save another climber who was sliding out of control towards almost certain death. Les was awarded the Silver Medal by the Royal Humane Society for his life-saving actions. 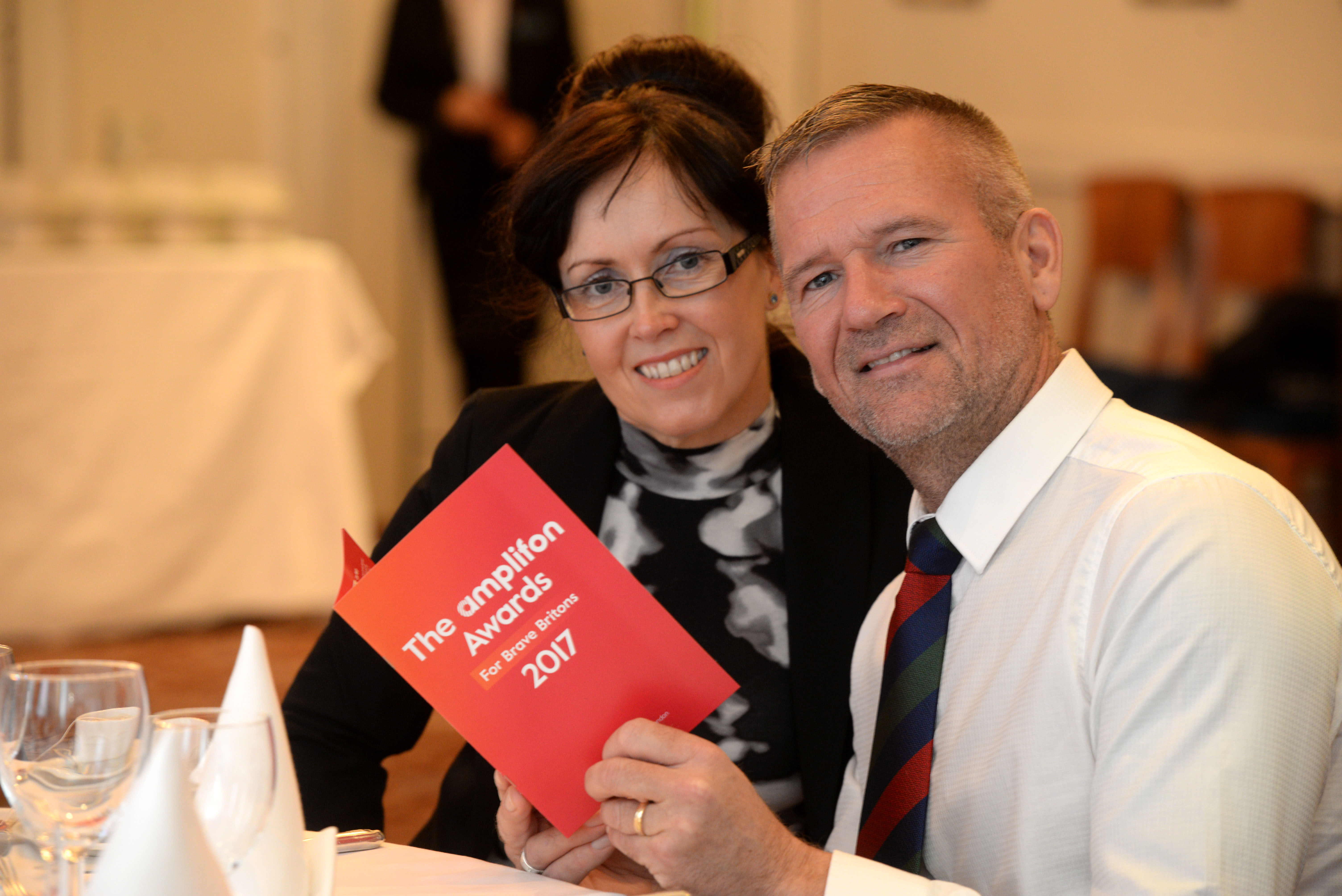 Charity Ambassador Al Hodgson was shortlisted for the Against All Odds Award. As a 21-year-old Paratrooper, Al suffered life-changing injuries following an IRA bomb blast in Northern Ireland in 1992, resulting in the loss of both of his legs. Despite spending seven years in hospital being ‘pieced back together’, Al went on to become Britain’s first double amputee skydiver and one of the world’s foremost competitors in a sport where there is no para or disabled category, winning competitions at both National and International level.

We are immensely proud to have Les, Al and Kim representing our Charity and would like to extend a massive congratulations to them all for being recognised as ‘Brave Britons’. 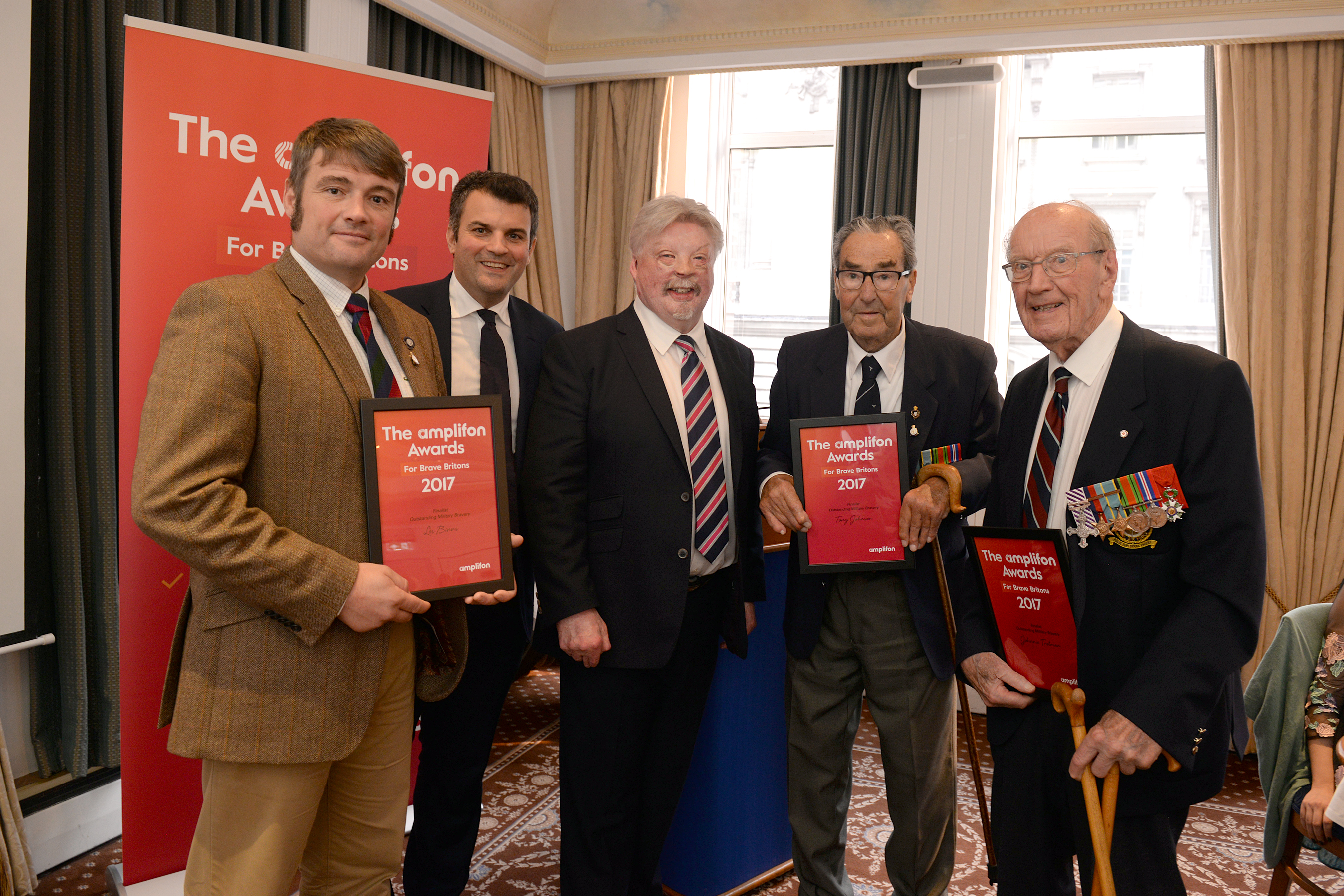