In December 2022, four soldiers from 1st Battalion Scots Guards will attempt to win the Talisker Whisky Atlantic Challenge – without a doubt the world’s toughest rowing race.

More people have summitted Mount Everest than have rowed the Atlantic! 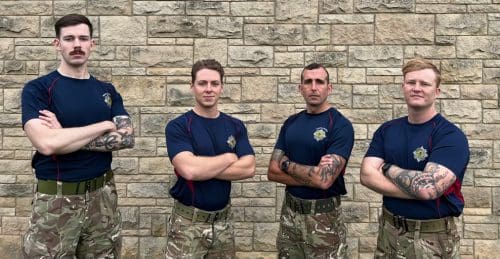 The team has come together based on their aspiration to champion mental health and resilience through what continues to be challenging times. Rowing on the 40th anniversary of the Falklands Conflict, they aim to commemorate the sacrifices made in 1982 and successfully raise over £100,000 in support of their chosen charities, the Scots Guards Charity and ABF The Soldiers’ Charity. A strong team bond, along with a clear understanding of their aim, will be critical as they embark on one of the ultimate tests of physical and mental fortitude; battling 30+ foot waves, cramped sleeping quarters, sleep deprivation and physical exhaustion whilst rowing 3000 miles across the Atlantic Ocean.

The Talisker Whisky Atlantic Challenge (TWAC) is the world’s toughest and premier ocean rowing race. The annual race begins in early December, with up to 30 teams participating from around the world. It is a non-stop 3000-mile voyage in a 8.5m long rowing boat from the start point in La Gomera, Canary Islands (28oN 18oW) to the finish point in English Harbour, Antigua (17oN 61oW). The Atlantic Guardsmen team will attempt to win the event in around 35 days, on a punishing shift pattern: working in pairs, 2 hours on, 2 hours off, day and night, 7 days a week. Teams participate as solo rowers or in pairs, threes, fours and fives. Atlantic Guardsmen aim to win the fours event! Throughout the race teams battle with sleep deprivation, salt sores, and physical extremes inflicted by the race. Rowers are left with their own thoughts, an expanse of ocean and the job of getting the boat safely to the other side.

Max, originally from Hampshire, is a serving Officer in the Scot’s Guards. His current role is as a Platoon Commander, responsible for the leadership, guidance and support of his soldiers in barracks and on operations. The team are rowing to commemorate the 40th Anniversary of the Falklands War and the sacrifices made by all who took part. With his father having served with the Scots Guards in the conflict (his character featured in the 1988 BBC film, Tumbledown), this is a subject close to Max’s heart. He is passionate about supporting the welfare of serving and veteran soldiers, with both immediate family and friends having been affected by service related mental health conditions.

William (aka Billy), originally from The Kingdom of Fife, Glenrothes, is a serving Warrant Officer in the Scots Guards. Billy is currently Company Sergeant Major of a rifle company named Left Flank. A veteran of multiple tours of Afghanistan, Iraq and Cyprus. His experience has allowed him to successfully lead soldiers and officers all over the world. He enjoys challenging and pushing himself to his limit and gets great enjoyment from helping others to achieve their goals.

James (aka Jimmy), originally from a coal mining village, Kelhoe in County Durham, is a serving Lance Sergeant in the Scots Guards. James has always been keen to challenge himself and represent the Scots Guards in a major physical event and so was ecstatic when he was asked if he wanted to row across the Atlantic Ocean. By his own admission James isn’t an experienced rower but like the rest of the team, strives for nothing but the top spot when it comes to any event.

Richard, originally from Edinburgh, is a serving guardsman in the Scots Guards. Like the rest of the team, Richard is a keen fitness enthusiast. His interest in physical training was set in motion after getting into amateur boxing and Muay Thai at the age of 18. Richard is eager to test his limits outside the ring, and what better chance than the physical and mental challenge of rowing across the Atlantic Ocean. 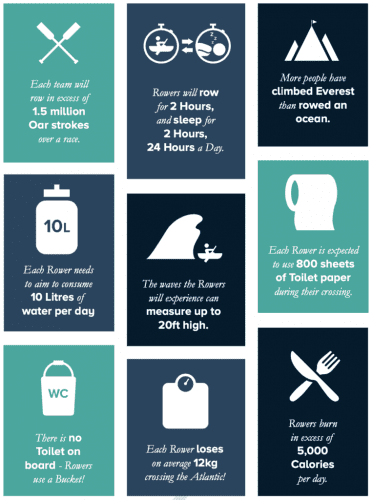 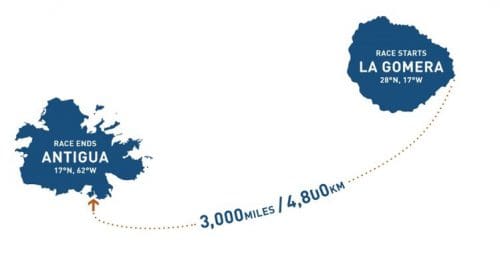 To donate to this mammoth challenge, click on the link and you will be taken to the team's GoFundMe page. On completion of the challenge, all funds will be split equally between the two charities.