To make your £20.00 registration donation

Andy Garthwaite – the story behind Challenge 31

On 5th September 2010, Corporal Andy Garthwaite lost his right arm in a rocket-propelled grenade attack in Afghanistan. Ten years on, Andy is leading a campaign to support the Charity that supported him in his time of need – Challenge 31.

Andy, from South Shields, joined the Queen’s Royal Lancers (now part of the Royal Lancers) in 2002 at the age of 16.  He undertook his basic training at the Army Foundation College, Harrogate.  After serving in Iraq at the age of 18, in 2010 he deployed to Afghanistan on Op HERRICK 12.  On their penultimate patrol of the tour, Andy’s team was searching a compound, however they came under sustained enemy fire. 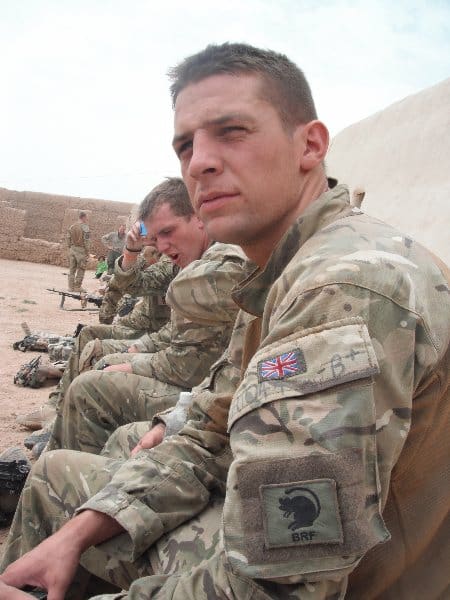 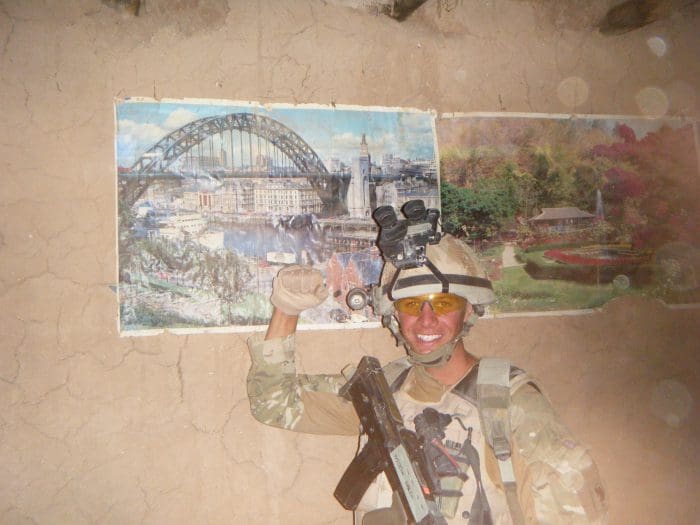 Andy raced to join the rest of his team on the roof of the compound but on reaching them, Andy was struck by a devastating impact – a rocket propelled grenade had detonated on his shoulder, severing his right arm. However, killed in the same incident was one of Andy’s closest friends. Andy recalls

“lying on the floor in a lot of pain with my hand on fire. My arm was away from my shoulder just lying there. I was still wearing my glasses and could see my friend’s body beside us. And I thought ‘ouch that hurt’, I think I’ve been hit”

Andy’s team acted quickly. Under intense enemy fire, they carried him across an open field to a hasty landing site for evacuation to Camp Bastion. After that, once stable, Andy was transferred to hospital in Birmingham.

Ten years on, it has been a long road to recovery but one that Andy has tackled head-on. Andy has become one of only a few people in the world to be fitted with a prosthetic arm controlled by his brain. In other words, he’s now semi-bionic. 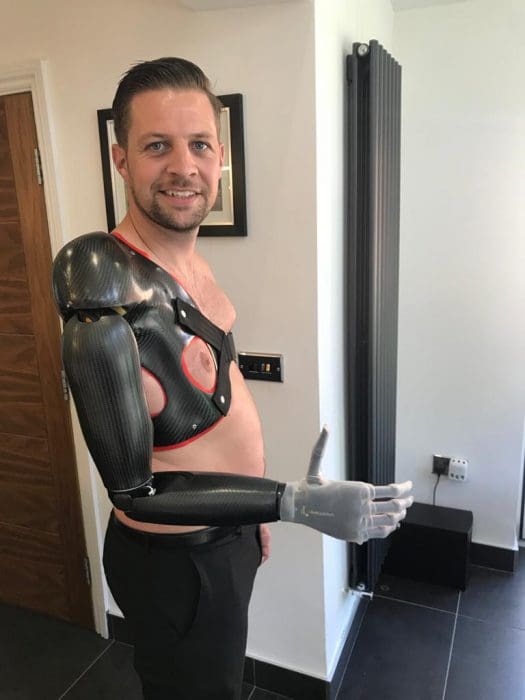 How the Charity Helped

ABF The Soldiers’ Charity gave Andy grants to assist with rehabilitation, funding for bathroom adaptations, steering adaptation for his car and an iPad.  Medically discharged from the Army in 2013, Andy was desperate to remain independent, however top of his list was finding a new job. Now married to Kailey, they have a son and daughter; Andy is working in property management in Newcastle.

This year, Andy will mark this fateful anniversary by leading Challenge 31 to encourage as many people as possible to take part in one activity per day for the month of October. Run, walk, cycle, swim, zumba – above all, anything you want, as long as you do an activity each and every day!

All you have to do is register for Challenge 31 and pay a £20.00 donation through the Challenge’s Just Giving page (link here)! In addition, you may also want to set up your own fundraising page linked to the event. If your resolve falters through the month, there is a voluntary ‘penalty’ donation of £10.00 if you miss an activity!

This is Andy’s way of giving something back, in order to help other soldiers, veterans and families in genuine need. All money raised will go directly to ABF The Soldiers’ Charity – the national charity of the British Army. Additionally, all participants will receive a personalised Certificate of Achievement on completion.

Please send us photographs of your adventures, either to our Facebook page, or by email. Please use hashtags #AndysArmy, #Challenge31 and #ABFNE so we can track any social media posts.

To register for Challenge 31, please click on this link. To make your £20.00 registration donation please click here.

If you have any questions, please get in touch – northeast@soldierscharity.org.

To make your £20.00 registration donation