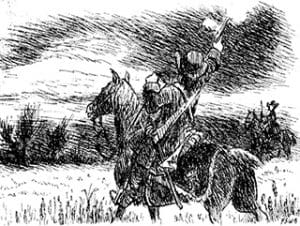 Let us take you back to 6th July 1685 and the Battle of Sedgemoor. Forces loyal to James Scott, First Duke of Monmouth, were fighting troops loyal to James the Second in an attempt to seize the crown of England. It was to be the final battle of the Monmouth Rebellion and followed a series of skirmishes around South West England. Monmouth’s strategy was to lead a surprise attack against the enemy encampment but this didn’t work, and the battle was all but lost. It was the last battle on English soil and the rebel army was totally destroyed.

General Sir John Deverell will lead this fascinating tour of the site of the battle. The cost of the day is £35 which includes transport around the site and lunch at the Bere Cider Company. To book your place, please e-mail southwest@soldierscharity.org.