In our new podcast for General Talk, we celebrate the Edinburgh Festival’s 75th Anniversary this year. Our host Harry Bucknall talks to the British Army in Scotland’s theatre and entertainment company Army At The Fringe. 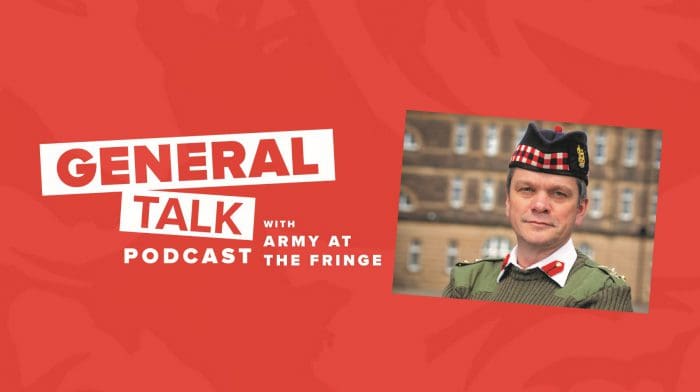 “For Queen and Country” tells the story of the remarkable life of Special Operations Executive (SOE) agent, Major Denis Rake MC, who worked with the French Resistance and spied on the Germans while performing as a drag artist in a Paris nightclub.

“Heroin to Hero” tells the incredible story of Paul Boggie who survived heroin abuse growing up in Edinburgh and went on to join the Scots Guards.

The team talk about these fantastic productions and explain to Harry how Army At The Fringe originally started and how the company explores “unique ways of connecting with parts of society in Scotland and breaking down barriers and myths about the British Army.”

More details about Army At The Fringe’s festival programme and other productions are available on its website:  https://www.armyatthefringe.org/