When former Royal Engineer Phil Nolan learnt how we came to the aid of his friends in Explosive Ordinance Disposal (EOD), he decided to dedicate many years of his life to raising vital funds for our charity.

He set about taking on a series of challenges and expeditions requiring months of training. For 2022, Phil has already signed up for several events to get him through the year, including the London Marathon. 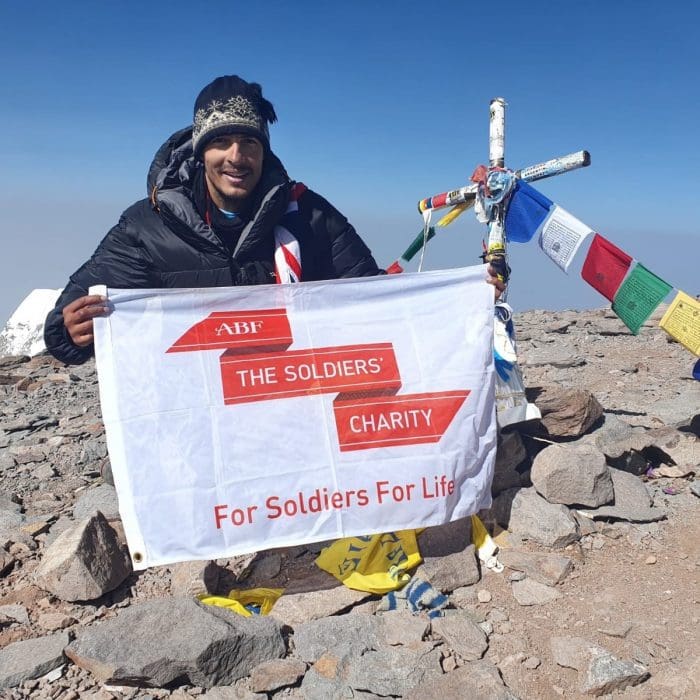 After a rich Army past which also included being posted to Germany as the Second in Command of 26 Fd Sqn, 32 Engineer Regiment, in Hohne, Phil left the Army in 2015 and moved straight out to Dubai to join International SOS.

Always being someone who takes action and keeps active, Phil’s passion for fundraising led him to undertake many challenges in support of the Armed Forces. Whilst the COVID-19 pandemic has had an impact on some events Phil was due to take part in, he has not been deterred and has been keen to keep his calendar busy.

Throughout lockdown he took part in a variety of running events. On 25th April 2020, Phil completed his first ever marathon and a virtual run of 42km, inside his apartment, for our charity as part of the 2.6 Challenge to save the UK’s charities.

After his first marathon Phil was keen to take his running to a new level and took part in a couple of Ultramarathons in Dubai, starting from 45km and followed by a 60km distance. He also trained for a 100km event which was unfortunately cancelled in February 2021 because of COVID-19.

Having already put in a great amount of training, Phil was determined to continue his efforts and put together his own event called the Honey Badger 100: a 100km solo run through the desert and mountains in the UAE. He ran a 16.5km loop six times through the night, starting at 20.00 by headtorch and finishing 17 hours later.

In addition to his astounding achievements in marathon events, Phil also climbed three out of seven mountain summits for charity, including: Kilimanjaro (2018), Elbrus (2019) and Aconcagua (2020). He intends to get the Brimstone seven Summits Challenge back up and running in June 2022 with the aim of summiting Denali in Alaska.

Phil says “My main motivation is still to fly the flag for The Soldiers’ Charity and to represent the UK and the wider military family in the best way I can. I also hope to inspire my friends and family to take on similar challenges despite the obstacles that life throws at us.” 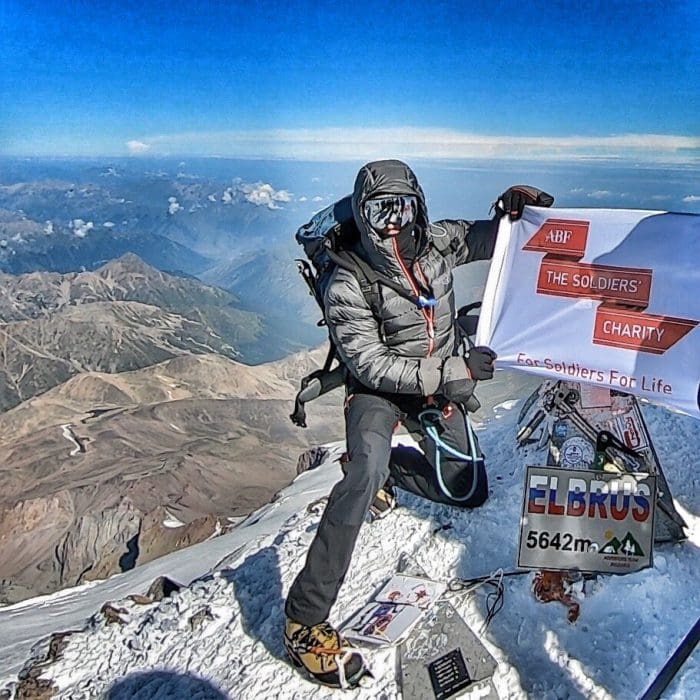 We are extremely grateful to Phil and all members of our fundraising army who have conquered heights and distances in support of soldiers, veterans and their families. It is only with their help we can continue to support members of the Army family from all walks of life and provide immediate help at times of need. We are looking forward to hearing many more stories from Phil as the year progresses.