John Simpson says he felt most vulnerable during the Gulf War

The BBC’s world affairs editor, John Simpson, speaks to Simon McCoy about his wide-ranging experiences at historic key events in a new episode of General Talk. Simpson, who has interviewed world leaders at moments of pivotal historic importance, has said he felt most vulnerable in the 1991 Gulf War:

“We knew the Americans and British were going to throw everything at Baghdad; and we were in Baghdad. Some of the weaponry had never been used in anger before so we didn’t know what these things would do.” 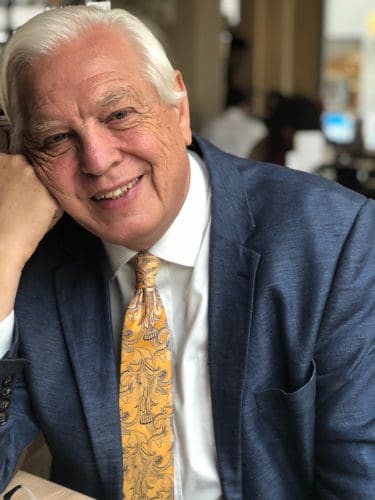 He wryly observed that most American journalists were first in when it was safe and first out when it ceased to be safe any longer – and that some of them tried to persuade British journalists to leave with them. Simpson was badly injured in No Man’s Land during that conflict in a “terrible mess up by the US Navy Airforce” which led to the death of 18 people including his translator.

On the British Army, he notes their accountability when compared with their US counterparts:

For the full interview, listen here.