Today saw over 1,300 guests arrive at London’s Guildhall to support the Armed Forces. The atmosphere was buzzing as guests enjoyed a variety of curries in The Great Hall as well as taking part in a silent auction and a prize draw which left one of our guests walking away with a diamond necklace worth £2,000. 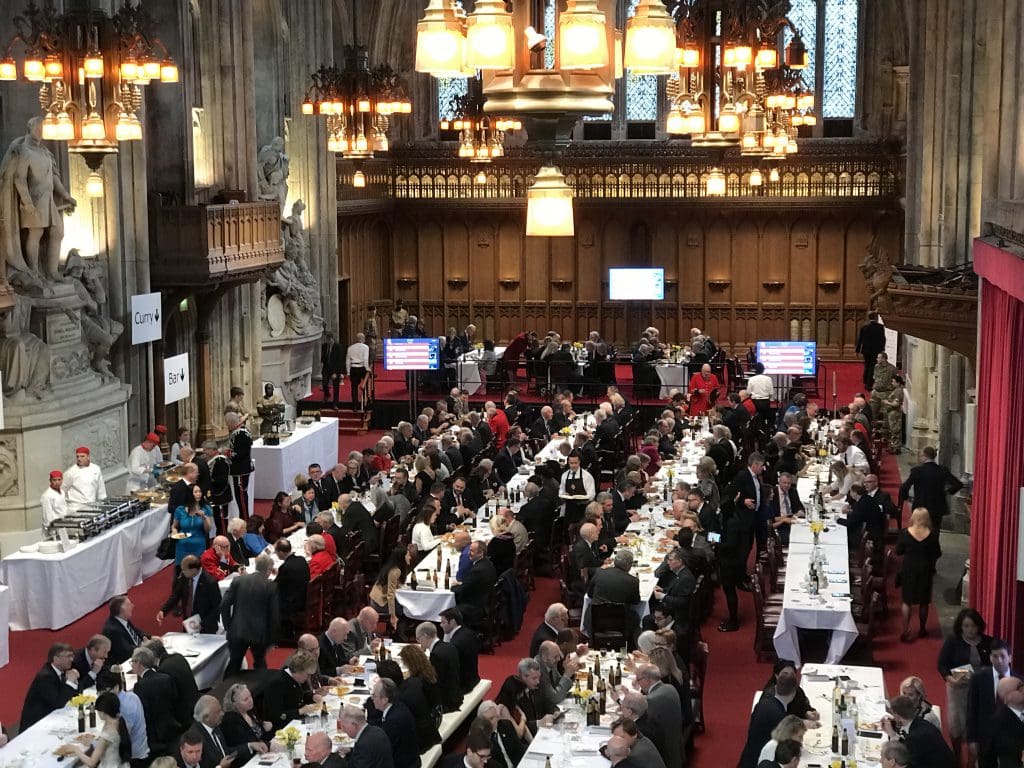 Those in attendance included The Lord Mayor and The Lady Mayoress, senior Army officers including Nick Carter, Chief of the General Staff, and this year’s Royal Guest of Honour, Princess Eugenie, who is to be married at Windsor Castle in October.

The Lord Mayor’s Big Curry Lunch has been an annual fixture in the City calendar since 2008 and has raised over £1.7m for ABF The Soldiers’ Charity, the British Army’s national charity. The money raised goes to members of Her Majesty’s Armed Forces who have served in Iraq and Afghanistan.

Curry is a long-standing tradition in the British Army, originating from its long service in India and elsewhere in the Asian sub-continent, particularly during the days of the British Raj under Queen Victoria.

We thank you all for coming together to make this day truly spectacular, and we hope to see you at next year’s Lunch!