In a new special edition podcast, you will hear renowned military historian and BBC Antiques Roadshow regular, Mark Smith, and host Harry Bucknall highlight some incredible stories of gallantry on the field of battle that deserved the highest possible recognition. 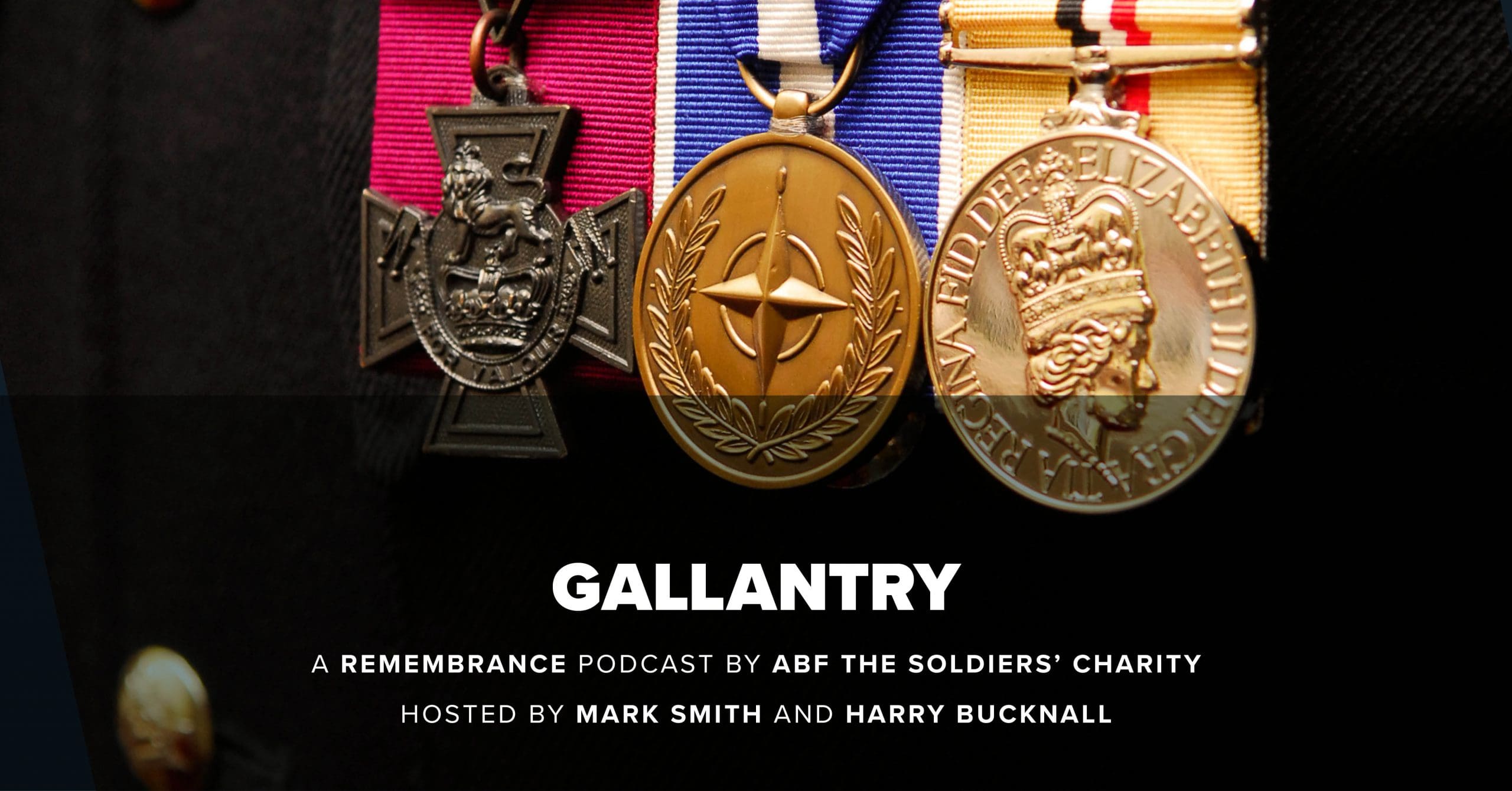 From the NHS staff for their selfless service during the COVID-19 pandemic to the island of Malta for its stoicism during the endless bombings of the Second World War – gallantry and extraordinary moments of self-sacrifice are like a golden thread woven through history. The discussion will delve into the stories of these super-human beings and the medals behind them.

Find out more about how the 800 plus Victoria Crosses awarded since 1914 have all been forged from the same two bronze Chinese guns, recovered in 1860s; or how the first gallantry medals were introduced by the Honourable East India Company.

In support of the podcast, Oscar-winning actress and ABF The Soldiers’ Charity supporter, Dame Judi Dench, has spoken about her father, Reginald, a Second Lieutenant in the Leinster Irish regiment, who won two Military Crosses for acts of bravery during his First World War service. Dame Judi said:

“I only learned the story about his medals recently. One was gained for a defending a British position near Ypres from what could have been a catastrophic German advance. He was only 18 and it was his first time in action. He was incredibly brave.

“Six months later, by now an acting Captain, he was south of Arras with his battalion and leading 100 men across No Man’s Land on a reconnaissance mission. They came under heavy fire but he fought back making sure his men got back to their own trenches, he was the last person to reach safety.

“I am so pleased to learn about my father’s war experience and I feel very proud of him. It’s wonderful, he’s a hero; well, he was always a hero in my eyes and now he’s even more of a hero. I think the stories in this podcast need to told and remembered.”

Click here to view images of the medals discussed on the podcast.