In our new special edition Gallantry podcast for Remembrance Day, you will hear renowned military historian, and BBC Antiques Roadshow regular, Mark Smith, and host Harry Bucknall, tell the incredible story of Captain William Leefe Robinson VC – an aerial tale of David and Goliath played out in the night-lit skies above London.

Capt Robinson – then ranked Lieutenant – received the fastest Victoria Cross ever awarded for valour, 48 hours after he shot down a German SL11 airship near London in 1916; this is the first VC ever awarded for action in Britain. 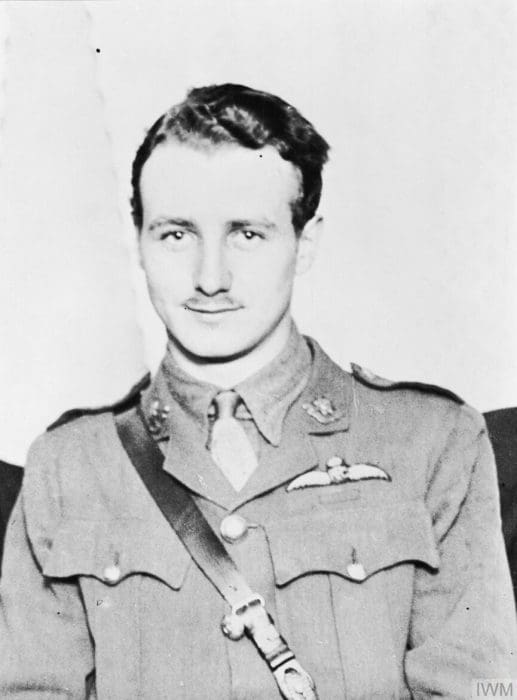 Having joined the Worcestershire Regiment in 1914, Robinson later transferred to the Royal Flying Corps, the British Army’s air arm at that time.

As Mark tells it, on 2 September 1916, Robinson was deployed with a fighter squadron defending London when he spotted a German airship over Cuffley (Hertfordshire).

“What we must remember is [Robinson] was not encumbered with a parachute – he’s got to get to quite incredible heights through some very thin air – basically, he’s got to keep himself alive at 10-12,000 feet with no oxygen support.”

Robinson’s incredibly brave action that day marked a turning point in Britain’s war against the menace of German airships. His biplane’s wingspan was only 25 feet, “a tiny little gnat” compared to the 500ft-long airship.

“Robinson had one drum of ammunition left and precious little fuel. Now behind and slightly below the airship, he dived at the thin end of the aircraft, heading for the twin rudders above and below the pair of elevators. His last drum of ammunition was poured into that one area.”

Witnesses on the ground “watched a stream of explosive pouring into the smallest section of the aircraft, ripping through its cotton skin. Within seconds the tail section was alight and flames over 100 ft long shot into the night sky. Almost in an instant, the entire hull of the airship seemed to be in flames. Thousands of cubic feet of hydrogen ignited with a brilliance which lit the sky and turned night into day.” 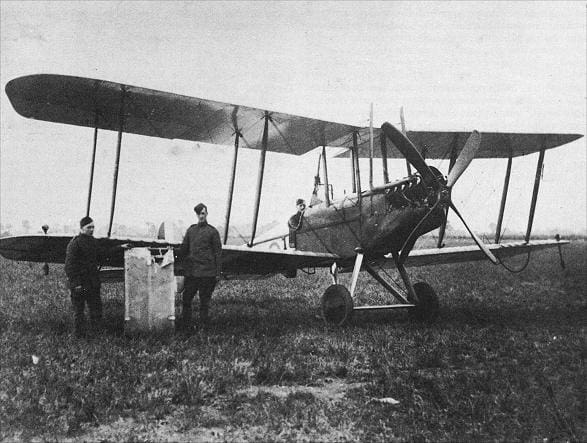 Capt Robinson’s outstanding bravery that day was in the best traditions of the British Army and made him a national hero. He later served on the Western Front and was also a prisoner of war for a time. Sadly, shortly after the Armistice he died of Spanish flu at Stanmore on 31 December 1918 and is buried in All Saints Harrow Weald, North London. 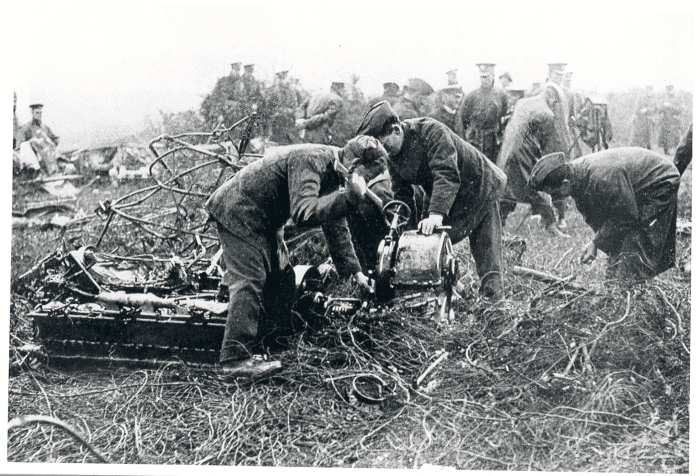 Our charity remembers all the British and Commonwealth soldiers who fought and died in the two World Wars, and later conflicts, and sacrificed so much to preserve our democracy and freedom.