We spoke to military historian and former soldier, Lieutenant Colonel Graeme McDonald, who shares his unmissable highlights of the Wheels on the Western Front route, our 331-mile cycling event that returns in September this year. Graeme has been one of the accompanying historians of the route since 2018.

You can sign up to take part in the Wheels on the Western Front here.

“The end of the French domination in Western Europe on 18th June 1815 was the beginning of a new era,” says Graeme.

The ridge where the Duke of Wellington’s army defeated Napoleon has changed very little in over 200 years. It is also one of the stop-off points for riders to walk through history and take in the fantastic views of this famous battlefield. 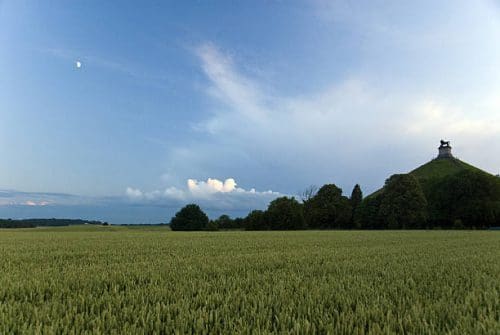 The breath-taking memorials at Tyne Cot, north of Ypres, and the Menin Gate memorialise 89,000 unknown officers and soldiers who gave their lives. A special ceremony has taken place each day since 1st July 1928 with a break between 20th May 1940 and 6th September 1944 when Ypres was under German occupation during World War Two.

Riders will be able commemorate the fallen at the Menin Gate by arriving in time for the night-time ceremony at 8pm. 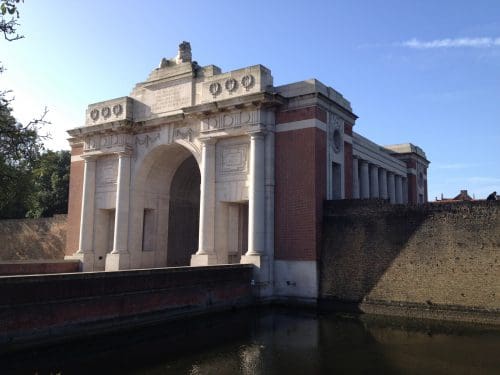 The Road to Eindhoven

This part of the route follows the footsteps of the British Second Army, which landed in Normandy on D-Day. Graeme explains that the British Second Army was tasked with a ground manoeuvre to capture intact bridges leading to, and including, the Rhine crossing at Arnhem lead by The Guards Armoured Division. This operation was the famous Operation Market Garden.

Graeme explains: “Ever since D-Day, we had retained an airborne division in reserve. Plan after plan for its use was proposed as the British advanced quickly East, but each was overtaken by events. Seizing the bridge at Arnhem seemed to be a final opportunity and they were as desperate to get into the fighting as HQ 12 Army Group were to use them. The hastily-devised operation acquired a certain inevitability, despite increasing concerns about its chances of success and, in the end, we overstretched ourselves but the gallantry and determination of the forces involved secured their place in history.”

The Battle for the Bridges

After the Battle of Normandy, Operation Market Garden saw heroic actions by the 82nd and 101st US Airborne Divisions, which fought hard to capture the bridges at Eindhoven and Nijmegen.

Graeme says: “We are, understandably, focused upon the events around Arnhem with the fresh 1st UK Airborne Division but that was only the final, if crucial, phase. The US 82nd and 101st Airborne Divisions had already jumped on D-Day and, after much hard fighting followed by refurbishment in the UK, they were deployed again. Their story is also one of great dash and heroism – and success.”

Arnhem is filled with key historic moments for riders to enjoy. Some of Graeme’s favourites include the ride to the John Frost Bridge, which was renamed in honour of the commanding officer of 2nd Battalion The Parachute Battalion. The battalion was surrounded by enemy forces but bravely held the position for three days until their ammunition ran out. 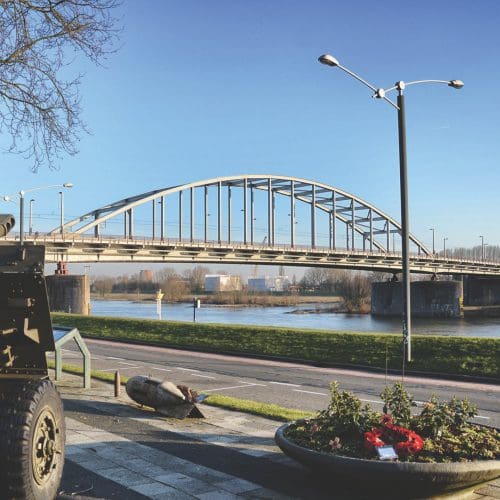 More than “A Bridge Too Far”

The Airborne Cemetery at Oosterbeek is where 1,800 World War Two soldiers lie. There will be an opportunity to lay wreaths in their memory. Riders cross the same river where troops retreated on 25th September 1944. This is an important part of the journey to learn about the Polish Airborne Brigade, with a chance to visit their memorial at Driel, as well as the huge contribution made by the Glider Pilot Regiment and The Royal Air Force.

Graeme says: “Much has been written and argued about Market Garden but above all, it is a story that captures the spirit of the ‘airborne brotherhood, establishing the fine traditions of that gallant band that persist to this day.” 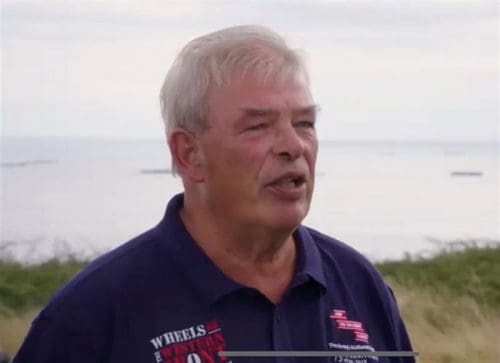 Graeme is a retired infantry officer with extensive command and staff experience on operations, gained in a variety of conflicts between 1967 and 1995. His interest in military history in both World Wars grew out of the trips he organised for his soldiers as a young officer over 40 years ago. Since then, he has made special study of the Western Front 1914-18, Gallipoli 1915, The Middle Eastern Campaign 1940-1944, Cassino 1943, Normandy 1944, Arnhem 1944 and the Rhine Crossings 1945.

See the sites for yourself and support the Army family by securing your place on the Wheels on the Western Front now.