Our ambassador Mark Harding commended in the Pride of Britain awards

On Saturday, Afghanistan veteran and charity ambassador Mark Harding was crowned Regional Fundraiser of the Year at the Pride of Britain Awards! 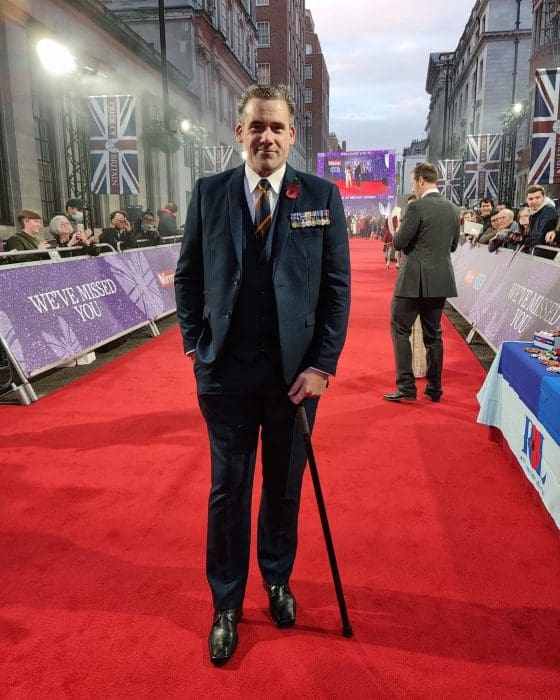 Mark was shot through the neck while serving with the Duke of Lancaster’s Regiment in Afghanistan in 2010. His injuries were so severe that he was told he would never walk again, but through perseverance he made outstanding progress in his recovery and is now a fundraising hero with countless challenges under his belt. We are proud to have been part of his recovery journey, offering support to help drive his ambitions. Mark’s full story can be found here.

Mark has raised thousands of pounds over the years for our charity and many others. This year alone, he’s ‘rowed the Atlantic’ in his back garden, canoed 97 miles round the Cheshire ring, ‘rowed’ from Carlisle to Calais and completed the Coast to Coast Walk . Mark’s amazing efforts were recognised when his friend and local Councillor Allan Forster put him forward for a Pride of Britain Award.

Last month, Mark received the incredible news that he had won the award for Regional Fundraiser of the Year. On Saturday, he attended the awards ceremony at Grosvenor House, accompanied by our Regional Director of North West and ex-military officer, Philip Naylor. At the star-studded extravaganza, Mark had a chance to meet many influencers, celebrities and other regional finalists. He expressed how emotional it was to hear everyone’s stories and be around those who had a connection to the Army, including Hannah Waddingham, whose father is a veteran of the British Army, and Antony Cotton, a big supporter of The Duke of Lancaster’s Regiment.

Mark said: “Walking down the red carpet was a very surreal experience that will stick with me forever. I’m grateful to everyone who supported me.”

We are so grateful to Mark for his outstanding support for soldiers, former soldiers and their families over the years. His next mission is ‘Walking Home For Christmas’, in which he will be raising vital funds to support those in the Army family who are experiencing mental health struggles.