His Royal Highness, The Duke of York Guest of Honour at The 2017 Lord Mayor’s Big Curry Lunch 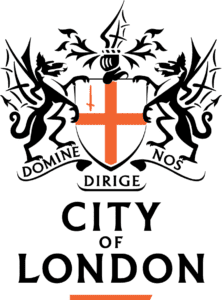 The tenth annual Lord Mayor’s Big Curry Lunch is to take place on Thursday 6th April 2017 and will feature HRH The Duke of York as its Guest of Honour. The Lunch, in aid of ABF The Soldiers’ Charity, has raised more £1.5 million since its launch in 2007 and attracts some of the leading figures in Government and the City.

The Lord Mayor Alderman Dr Andrew Parmley comments: “The City of London has always been a proud supporter and a committed advocate of the UK Armed Forces.  We are therefore honoured host the Lord Mayor’s Big Curry Lunch, supporting those who served in Iraq and Afghanistan through the National Charity of the British Army, The Soldiers’ Charity, so that we can give something back to those who have given so much of themselves.”

General Sir Mike Jackson GCB CBE DSO DL President, ABF The Soldiers’ Charity, said: “The Soldiers’ Charity is here to provide support to individual soldiers, veterans and their immediate families when in need. We are delighted that His Royal Highness, The Duke of York – who himself served in the 1982 Falklands campaign – can join us on this occasion. His support means a great deal to the Charity and to those we assist.”

Guests will be able to enjoy specially created cocktails on the day, designed for the event by the Lord Mayor himself. The drinks take their inspiration from Blackpool, where Dr Parmley grew up. The two – Tangerine Dream and Big Dipper – will be on sale at the Coq d’Argent cocktail bar. Each cocktail purchased will give guests the chance to win a pair of watches made by British watchmakers Harold Pinchbeck.

Chefs will be serving more than 1,300 people with a range of delicious curries prepared by Noon Foods at the historic Guildhall in the City of London.  Wines will be provided by Private Cellar and the beer by Cobra Beer.

Group ticket packages are available, which will include champagne and a private meeting area for companies wishing to bring 12 people or more.

Guests at the Lunch will be able to participate in a Draw and Silent Auction, with money can’t buy prizes and unique experiences such as the opportunity to open Tower Bridge, dinner at Michelin Starred restaurants and tickets to the Sovereign’s Parade as well as other prizes such as a methuselah of Lanson champagne signed by Andy Murray or Debenture tickets to the second day of Wimbledon 2017.

There will also be the opportunity to win a diamond necklace, generously donated by Susannah Lovis Jewellers, at the lunch’s Diamond Draw or a pair of his and hers watches by Harold Pinchbeck at the Watches & Cocktail Bar.

To book tickets, which cost £100 – inclusive of all food, wine and beer, or to discuss a Corporate Package, contact Amy Kenyon – akenyon@soldierscharity.org