Andy suffered catastrophic injuries in an IED explosion while serving with The Yorkshire Regiment in Afghanistan in 2009. He has overcome his injuries to become a passionate ambassador, speaker and fundraiser for our charity.

In October 2009, while on patrol with 3rd Battalion The Yorkshire Regiment in Afghanistan, Corporal Andy Reid stood on a pressure plate IED. As a result of the explosion, he lost his right leg below the knee, left leg above the knee, and right arm.

After being flown back to the UK, Andy astounded people with his recovery by spending only two weeks in hospital before he was ready to make his first trip home. He won The Sun’s Millie Award for Overcoming Adversity in 2010 and we were delighted when Andy and his partner Claire tied the knot in 2011. Andy and his wife had a son, William in late 2012 and a daughter, Scarlett in 2018.

Our charity has supported Andy at various points over the years, and in turn he has become a passionate fundraiser for our charity. He has taken on two tandem skydives, taken part in St Helen’s 10k Run, abseiled down the Big One in Blackpool, the Warrior Challenge in 2017 and undertook a variety of challenges in 2019 to mark the year of his 10th anniversary since being operationally injured. 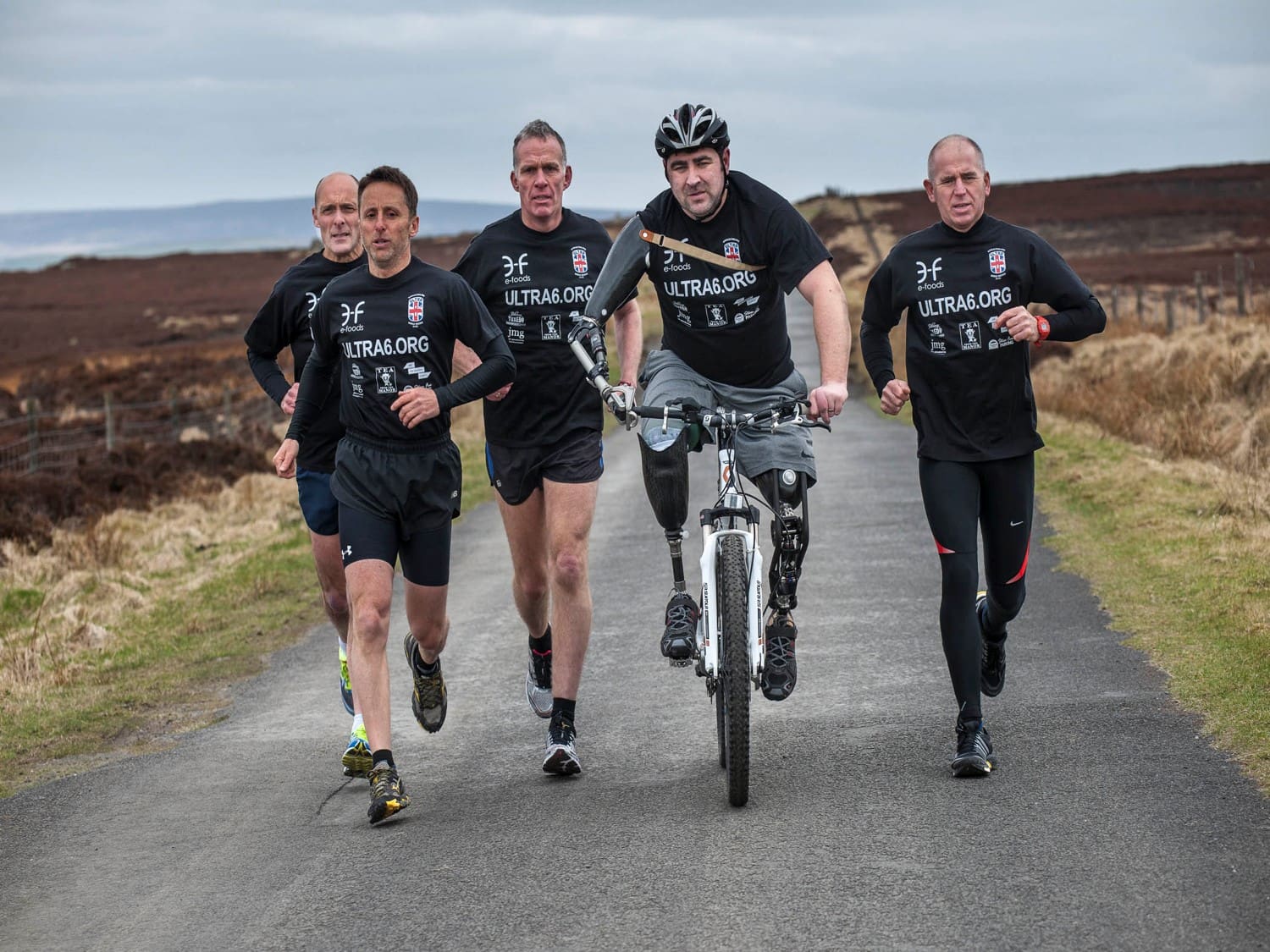 Andy is an accomplished motivational speaker. His autobiography ‘Standing Tall: The Inspirational Story of a True British Hero’  was published in 2013, and is a powerful read.  In June 2019, Andy was awarded an MBE in the Queen’s Birthday Honours List for voluntary service to veterans and to people with disabilities in St Helens. Andy has established the Standing Tall Foundation with John Tabern in 2020 which promotes mental and physical health for all – www.standingtallfoundation.org.uk.

Andy says: “After my discharge I chose to become even more involved with The Soldiers’ Charity because they support the full spectrum of the Army family. I have met amazing and inspirational people who test their physical and mental limit to raise much needed funds for others. I keep pushing myself forward to show other guys injured in service what can be done, that it’s not the end of the world and you can carry on as normal a life as possible.”

Help us continue to support wounded former soldiers like Andy by making a donation today.