Chris served in the Army Air Corps until a leg injury ended his Army career. We helped him with a grant for training fees, enabling him to achieve his lifelong dream of becoming a self-employed cycle mechanic.

Growing up in Teignmouth, Devon, Chris always wanted to join the Army. He served in the Army Air Corps as an Air Trooper in all three trades – signaller, driver and ground crew.  He loved his job and being part of the force. 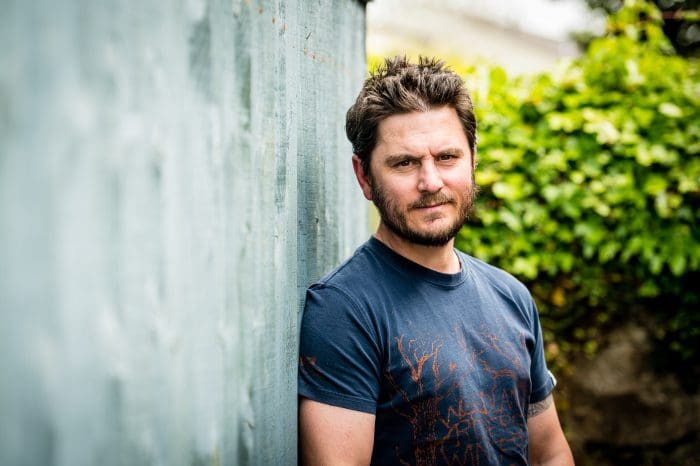 Things drastically changed for Chris when he sustained an injury to his leg during an exercise. Due to the nature of the injury, there were complications in treatment and Chris was no longer fit to be deployed on operational tours. He spent the remainder of his service at the Army Air Corps Headquarters in Worthy Down before opting to take premature voluntary release.

After his Army career ended, Chris went through a difficult time; feeling dejected, unmotivated and unable to commit to a new job. He continued to struggle with his mental health – even contemplating suicide – until eventually he sought support. With a newfound sense of purpose, Chris began to run cycling classes for children in his local area – a project that quickly gained popularity.

Shortly before the first national lockdown, Chris  lost interest in teaching and decided to devote more time to his cycling programme. He realised he wanted to pursue his lifelong dream of becoming a self-employed bicycle mechanic, but although he had plenty of hands-on experience, he could not afford a professional qualification. At this point, our charity stepped in with a grant towards a four-week course in Bicycle Repair Maintenance.

In the first summer of the COVID-19 pandemic, Chris finished the training and qualified as an accredited cycle mechanic. This, coupled with his Level Three Mountain Bike Coach and Guide certificate, boosted his confidence and opened a window of opportunity.

Chris set up a workshop in his back garden, from where he started running his own bicycle maintenance business. He received fantastic customer feedback and could finally feel successful in his career. In 2021, Chris was additionally offered employment as a Specialist Mountain Bike Instructor at Cycle Systems Academy in Newton Abbot, where he undertook his training.

Chris says “The support of ABF The Soldiers’ Charity with funding has made a big difference to my life. If I had not qualified as a Bicycle Mechanic, I would not now have my dream job, teaching others including serving military personnel and veterans to become cycle mechanics like myself.”