Les was in caught in an IED explosion in Afghanistan, ending his 13 year career in The Light Dragoons. A keen mountaineer, he was awarded a Silver Medal by the Humane Society in 2016 for rescuing another climber just 500m from the Mount Everest summit. On Friday 13 May 2022, Les ‘cried tears of joy’ after making Everest summit at third attempt. 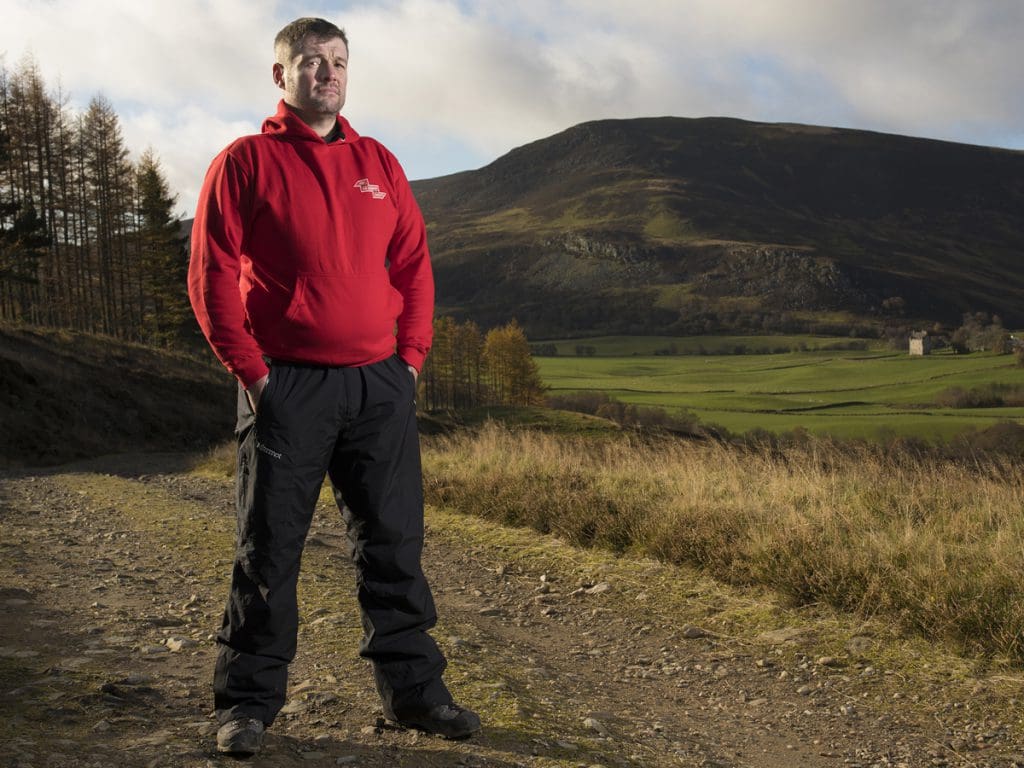 Les joined the Army in 1997 and served operational tours in Bosnia, Iraq and Afghanistan. On his second tour of Afghanistan in 2009, he was awarded The Queen’s Commendation for Bravery for looking after casualties. Then, whilst on a patrol, he was in the vicinity of an IED explosion and peppered with shrapnel in the face, arms and legs. Les underwent several operations and is now blind in his left eye.

Les has suffered from PTSD since his medical discharge in 2010. He found the best medicine was to head into the mountains and seek solace away from his transition from military to civilian life. 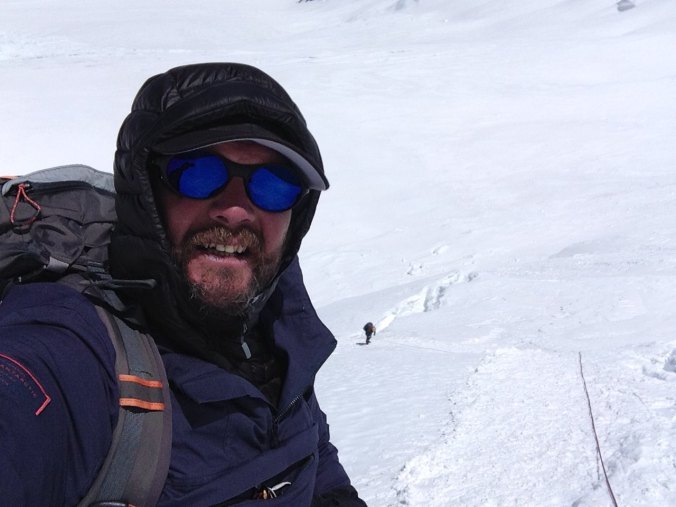 In 2015, Les decided to attempt his childhood dream of conquering mount Everest, 8849m peak. In May 2016, just 12 hours and 500m from the summit, he selflessly turned back to save a climber who was sliding out of control towards almost certain death. He was able to get her to safety, and was subsequently awarded the Silver Medal by the Royal Humane Society for his life-saving actions.

Les tried again to summit Everest in 2017.  He rescued an American climber in bad weather and due to 80 mph winds was forced to give up on this attempt.  ‘When you get so close to the summit and there are things that happen outside of your control, you always think of what-ifs.  What if that never happened, I could have been stood on the summit.  That’s the thing that spurred me on for third attempt.  It started as a personal achievement, but now I want to inspire my daughter’.

At his third attempt, Les reached his goal of scaling Mount Everest on Friday 13 May 1922 around 6 am.  He began his push to ascend the summit on Tuesday 10 May, having spent a month acclimatising himself on the mountain in order to adjust to the harsh climate safely.  He says ‘ it was the most challenging thing physically and mentally he had ever done.  Whilst it was a very draining experience, it also was a fairly smooth adventure and he’s thrilled he did it’.

Les said ‘I found climbing replaced what I lost when I left the Army.  My loss of sight doesn’t affect my climbing on Everest but climbing is an escape from my PTSD.  Climbing taught me that there’s got to be something else in life for me to achieve after leaving the Army and I think reaching the summit of Everest is the piece de resistance’.

After his discharge, we helped Les with a grant, enabling him to retrain in electrical engineering. Les works in designing interiors. He is now a proud ambassador for our charity.

Les says: “When I genuinely needed help with life after the Army, The Soldiers’ Charity stepped in and gave me the opportunity to learn a trade and earn a living.”