World War Two veteran Emily, 102, served with the Auxiliary Territorial Service from 1942 until 1945. We are proud to work in partnership with the WRAC Association to contribute towards her annual care home costs. 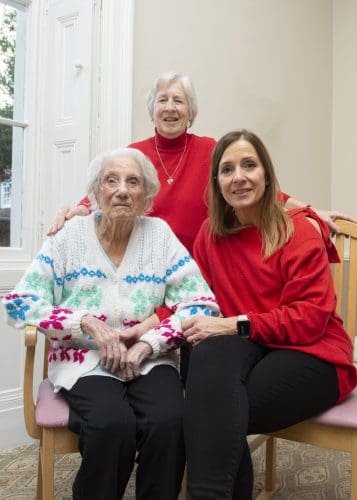 Emily was born in Stepney, London, in 1919. Her father worked at the London Docks and her mother was a housewife. Emily was part of a large family, having four brothers and three younger sisters.

During the Blitz, Emily recalls sheltering in the undercroft of St George’s Church during German air raids. She celebrated her 21st birthday there in 1940. 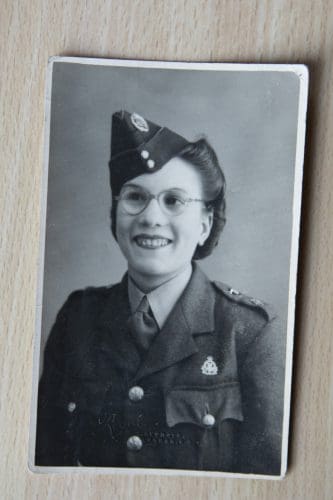 Emily served in the Auxiliary Territorial Service (ATS) between 1942 and 1945, undergoing training at Donnington. Over the course of the war, she was stationed at Chelsea Barracks, Aldermaston, Donnington and Reading. Her mother was often unwell, and as the eldest daughter Emily was issued a day pass so that she could return home each evening to care for her.

Emily enjoyed wearing her uniform but did not like the standard issue forage cap. She used her wages to purchase her own cap. In the Army, Emily played the position of Goal Shooter on the netball team. 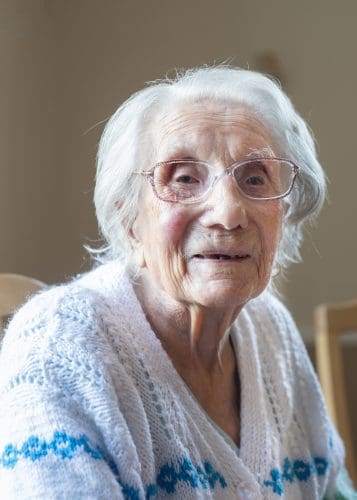 Emily’s favourite wartime memory is of meeting Charlie – the young man who would later become her husband. He came from Fleetwood in Lancashire and was a Sergeant in the Royal Engineers before transferring to Royal Electrical and Mechanical Engineers. He met Emily in a local pub where her father used to buy beer for soldiers passing through. Charlie and Emily married in December 1944. Due to the war, Emily was allowed to continue serving despite her married status.

After the war, Emily was awarded the 1939-45 Star. She and Charlie moved to Fleetwood, Lancashire, where their daughter was born. In 1951 they moved to Essex, where they had two sons. Emily has five grandchildren and seven great grandchildren.

Our charity is proud to work in partnership with the WRAC Association to contribute towards Emily’s annual care home costs.

Help us be here for veterans like Emily when they need us.