Former soldier Ethan struggled with PTSD and alcohol dependency after leaving the Army. Now, with a little help from our charity, he is looking forward to the future.

Assigned female at birth, Ethan joined the Women’s Royal Army Corps in 1990 shortly before his 18th birthday. While on tour in Northern Ireland, he was one of very few female soldiers to work as a driver escorting women and children to hospital. Then, in Bosnia, Ethan was seconded to be the driver for his Commanding Officer and saw parts of the country that would stay with him forever. He says: “I enjoyed the tour but I saw things that I really wouldn’t want other people to see.”

In the early 2000s, Ethan realised he was transgender and began the process of transitioning. The strain of this process profoundly impacted him, exacerbating his service-related PTSD and existing alcohol dependency. Ethan says: “I tried to get help, I tried therapy, but nothing seemed to work. I just carried on through life, making mistake after mistake.”

Eventually, Ethan lost his job and home, and spent eight months sleeping in his car. He says: “I had nowhere to turn. I had no money. I had nowhere to live. All I had was a car with my life inside it.” Ethan reached out to our long-standing partner SSAFA, who assigned a case worker to help Ethan get the support he needed. 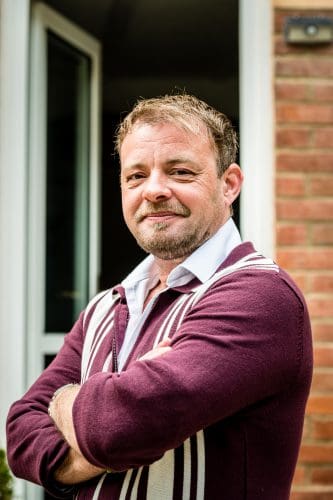 Our charity stepped in with a grant for accommodation and meals while Ethan completed rehabilitation for his alcohol dependency. He completed the course and is now employed as a gardener/landscaper.

Ethan says: “I’m getting back on top and looking to the future where I didn’t think I had one. It’s all going to be ok.”