Word War Two veteran Len took part in the Normandy landings and Operation Market Garden. Now in his nineties, he lives at Care For Veterans in Worthing, one of the charities we proudly fund.

Originally from Elephant and Castle, Len joined the Royal Army Service Corps as a motorcycle despatch rider as a young 20-year-old. He married in early June 1944, and just four days later was posted to France as part of the Normandy landings. 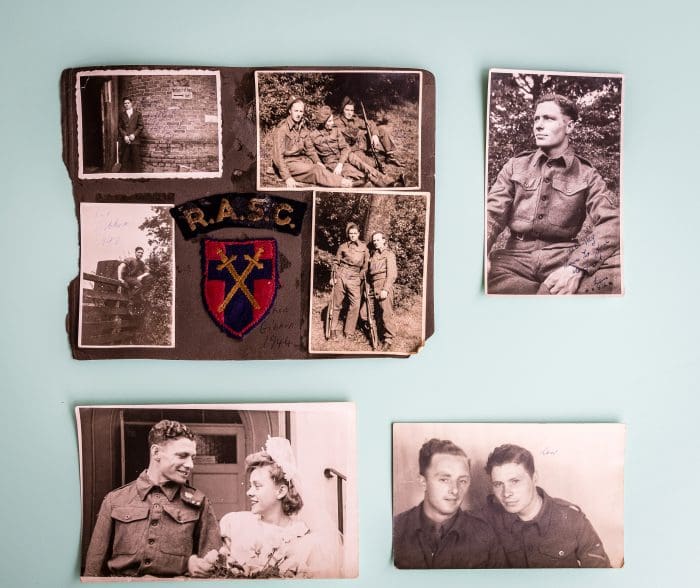 Len arrived in Normandy on the 14th June, eight days into the operation. He explained, “You had to climb down this rope netting which hung down the side of the boat. Each of us was carrying a pack of ammunition on our back which weighed pretty much the same as you. Then when we got down to a certain point, someone shouted ‘Jump!’ and you had to fall backwards, someone caught you and pushed you onto the smaller landing craft to take you to shore.”

As a despatch rider,  Len’s jobs included delivering despatches to units or escorting convoys. Len explained, “You were often on your own for long periods of time. I used to carry a tin with me that had holes punched all around the sides, half filled with soil. Then you would add some fuel and light it, and that was your stove! I’d cook my tins of meat and veg on there for dinner.” 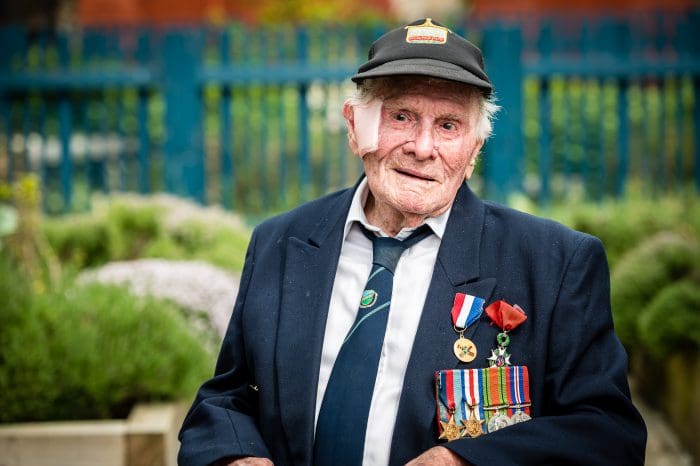 Len was in Normandy through to the end of the invasion, then went to the Netherlands via Brussels, and was part of Operation Market Garden, the Battle of Arnhem in September of 1944. From there, he was posted to Hamburg in Germany, which is where he was when the War ended: “I was on my way to Hamburg, riding my motorbike along the autobahn by myself. The woodland which ran alongside the motorway was alight where they’d destroyed the German ammunition stores. Suddenly a Spitfire was flying above me, came right down as if it was going to and on the road, then flew back up and did a loop! The pilot shouted down to me with thumbs up, shouting ‘victory!’ Then I knew it was over. I stood up on my bike, arms in the air, cheering!” 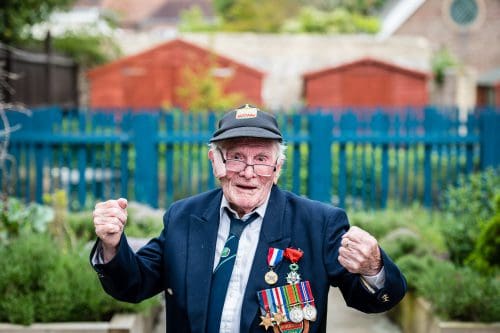 Len left the Army in 1947 and returned home. In 2006, Len received the Medal of Remembrance “Thank You Liberators 1945” as a token of gratitude for contributing to the Liberation of the Netherlands in the Second World War. Then in 2017, he received the Chevalier in the Ordre nationale de la Légion d’honneur ‘in recognition of his acknowledged military engagement and steadfast involvement in the Liberation of France during the Second World War.’

Len came to live at Care for Veterans in December 2019 as he realised he needed extra help. He had had several falls at home and his walking was unbalanced. He also has a foot drop from an old ankle injury. He explained, “I thought I’d give it a try. I’d been to another place before, but the residents just sat around doing nothing. I like it here as there’s so much to do. I’ve been drawing and painting and potted some tomato seeds for the gardens. They keep you occupied, which I like.” 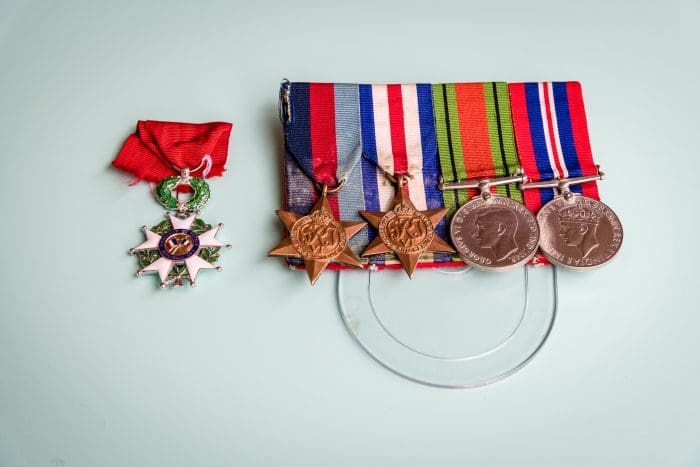 Our ongoing support for Care for Veterans provides funding towards rehabilitation services to Army residents to achieve their maximum potential and attain the best quality of life. As the Army’s national charity, we are proud to ensure that former soldiers like Len can live with independence and dignity, long after their service has ended.