In September 1975, Lance Corporal Maldwyn (Mal) Jones joined The Welsh Guards as a junior soldier. He served in the Army for 18 years, including tours in Northern Ireland, Belize and Cyprus. One of his most memorable experiences to this day remains his service in the 1982 Falklands Islands conflict. On 8 June he was on Sir Galahad with his battalion when it was hit by enemy bombs, which fatally wounded his fellow servicemen only a few feet away. 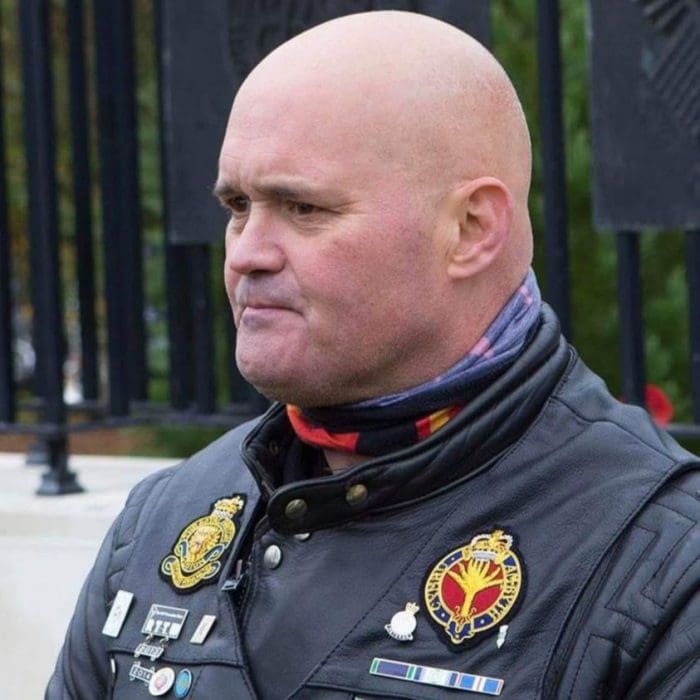 When Mal was first recruited to The Welsh Guards, troops were told that they were not just joining an Army division but a new family. This proved especially true for Mal who remembers feeling a real sense of belonging among his group of fellow Welsh soldiers.

When the Falklands Islands were invaded by Argentine forces and Britain took the decision to restore the islands’ sovereignty, Mal was deployed to the South Atlantic with his battalion on the Queen Elizabeth 2 (QE2) – an ocean liner requisitioned by the Task Force as a troop transport. Recalling personal memories of his deployment, he says: “It was mixed emotions, excitement and nervousness. It was good we were kept busy with continuous training.”

The Task Force was subject to Argentine air attacks throughout the conflict. On 8 June, Mal was on Sir Galahad troop ship, as it was unloading supplies and equipment, when it was attacked and bombed by three Argentine Skyhawks. Sadly, the explosions and subsequent fire on the ship caused the deaths of 48 crew and soldiers.

Mal says: “I often think about that day…I was with the others sitting in the middle of the ship when we were hit. I saw some of the boys killed in front of me. I heard some dying and smelt and tasted death all around. I heard many screaming in pain.”

Rescuing fellow soldiers from the blazing ship, Mal recalls the second blast happening while he was still on board. Fortunately, he was able to leave the burning vessel in time and survived.

Decades after the conflict, Mal still experienced “Survivors Guilt” about the events that took place on Sir Galahad and the comrades who lost their lives. Mal served for 18 years in the Army until 1993 and joined North Wales Police where he served for another 14 years.

Our Charity has regularly funded the Falklands Veterans Foundation which provides opportunities for former soldiers like Mal to stay at Liberty Lodge and revisit the Falklands Islands’ key battlefields, where they can pay their respects to all those who fought and fell in the conflict.