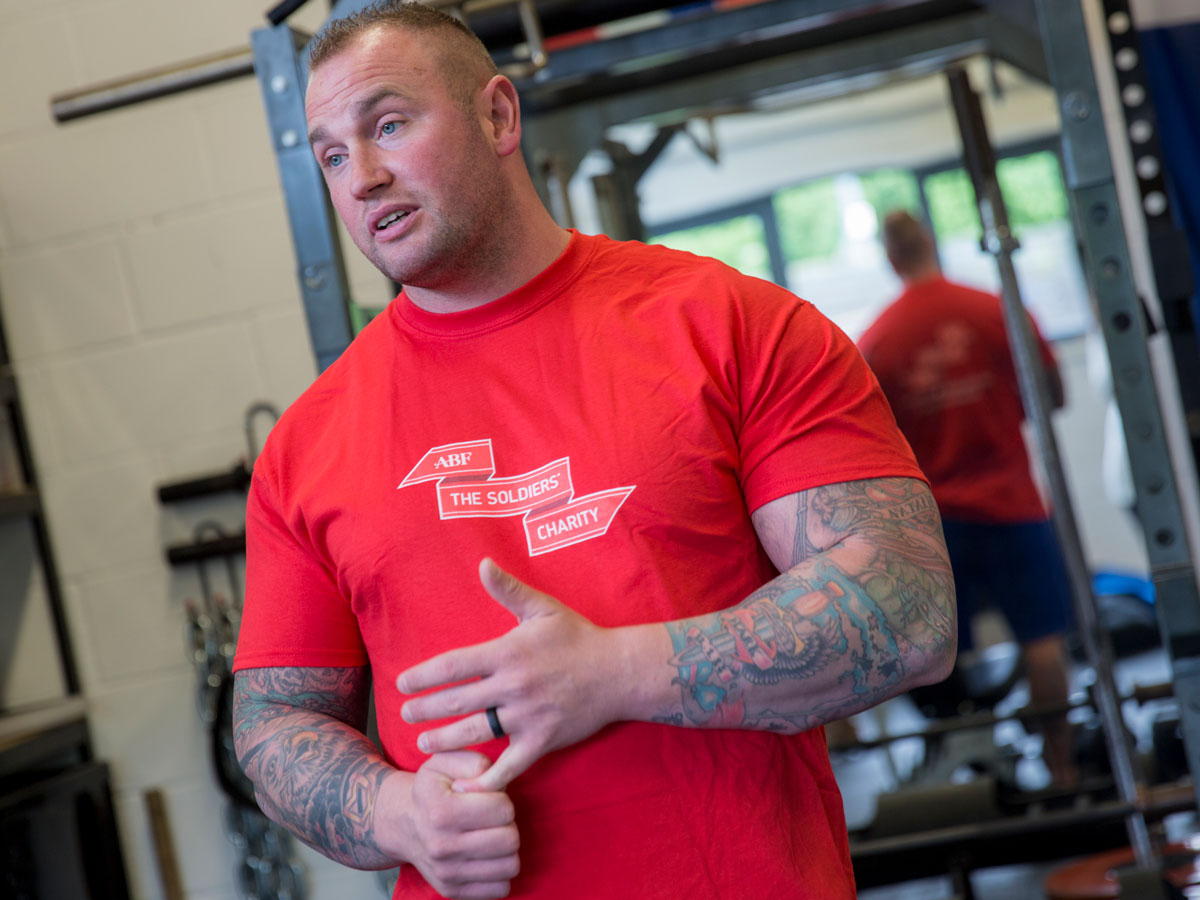 Mark joined the Army aged 18.  He wanted to be a fighting soldier and as such chose the Infantry.  He undertook operational tours in Bosnia, Iraq and Afghanistan.

A former Lance Sergeant in the Queen’s Company of the Grenadier Guards, Mark was injured in 2011 during a live firing exercise in Canada when training for his second tour of Afghanistan.  He was involved in a freak shooting accident. The Army had built a mock Afghanistan village out of MDF wood.  Machine gun fire went through an MDF building and caught Mark, who was obscured standing behind a wall.  “The shots came through and hit my upper right thigh and right front of my shoulder.  I had seven bullets in my leg and shoulder. It was one of those freak things but I don’t blame the soldier who fired the gun.”

At first Mark was fighting for his life and his wife was flown out to Canada to be with him.  It took three days before the decision was taken to remove his right leg.  Once stabilised he returned to the UK.  Since his injury he has had 26 operations and many months of rehabilitation. Mark was medically discharged in 2013.  As he says, “I loved every second of the Army and would still be doing it if I had not been injured.”

Mark is a qualified Personal Trainer and after leaving the Army ran his own business.  Since then he has trained as a bodybuilder and is now in full time training for Disabled Strongman competitions.

In 2017, Mark retained the title of Britain’s Strongest Disabled Man, having earned it for the first time in 2016. He was also invited to take part in the first Disabled Arnolds Strongman competition. He returned to the UK victorious, having toughed it out against 11 other competitors in Ohio. He also came 4th in the World Disabled Strongman Competition in September. He has now set his sights on becoming number one in the world! 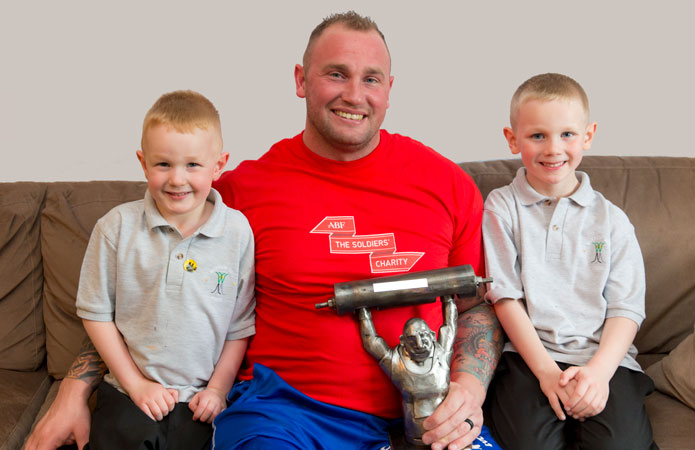 Mark is married with two sons.  ABF The Soldiers’ Charity has assisted Mark with funds for amputee crutches, home adaptations and in January 2016 towards wheelchair costs of which were split with the Colonels Fund (Grenadier Guards Regimental Charity).

“The Soldiers’ Charity helps individual soldiers without wanting the glamour and publicity for it. They’re just there to help you when you need it.

“I can live an independent life. The wheelchair benefits my family as well as me. We want to be able to take the children to different places, like zoos, the beach. I can’t walk those sort of distances every day. The children are not saying ‘we’ve got to wait for Daddy again’ and my wife isn’t walking at snail’s pace to help me, we’re not sitting on benches every two minutes. Like, when I’m tired, I am able to just sit in my wheelchair and our family’s day out can carry on.”

In 2018, Mark was a finalist in the Sporting Excellence Category of the Soldiering On Awards.  His final Disabled Strongman Competition was in May 2019 at the Arnolds where he finished a very credible second.

Mark works with Army cadets and is taking part in Amputee football.  We would like to wish Mark the very best in all his endeavours and express how proud we are of his achievements.