Steve, formerly of the Royal Engineers, was left partially paralysed following a motorcycle accident. He is now making great strides in his recovery at Care For Veterans, one of the charities we proudly fund. 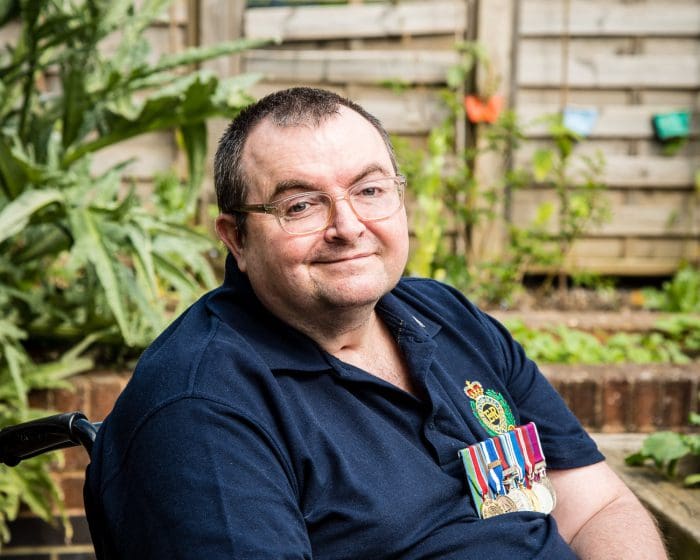 Before his accident, Steve was a Warrant Officer in the Royal Engineers, specialising in water and fuel supplies. First being posted in Kosovo as part of a peacekeeping force, he has also completed four tours of duty in Afghanistan and served in Sierra Leone, where he drilled water boreholes to provide clean drinking water to combat the Ebola virus.

Outside of the force, Steve was a Joint Service Mountain Expedition Leader with a passion for canoeing, mountain biking and snowboarding. He also had a love for motorcycling, touring the roads on his Honda VFR 800.

Life took an unexpected turn for Steve when, after returning from a second tour of duty in Afghanistan in 2015, he was involved in a near fatal motorcycle accident. Enduring a severe brain injury that significantly affected his speech and paralysed one side of his body, aged just 39, he was suddenly unable to walk and needed to use a wheelchair. 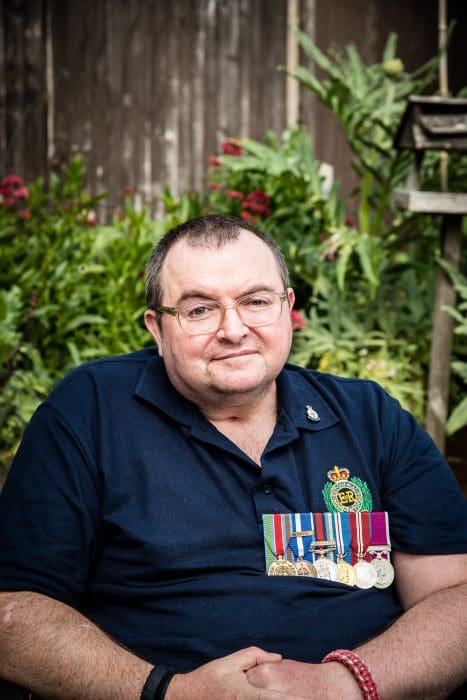 Steve spent the next three years in hospitals and various rehabilitation centres, becoming discouraged by his lack of progress. In December 2018, he moved to Care For Veterans in Worthing, one of charities we continue to support with funding. Here, Steve was surrounded by other veterans and could take advantage of a wide range of rehabilitation programmes. The move has turned out to be life-changing, having a big positive impact on his journey to recovery. Later, our charity also assisted Steve with the purchase of a wheelchair accessible vehicle, providing him with further independence.

Steve says, “I love it here as we all share a common background. The physiotherapy is the best I have ever had – they give me goals to achieve and work me hard and my sons say they can already see a difference. Most importantly, the staff here have given me a new determination. They also make simple but important things possible – last week they helped me take my 10-year-old son, Albert, shopping. It was fantastic because for the first time in three years, I was able to be a dad again.”

The physiotherapy sessions are already making a difference, and speech therapy will be the next step towards his successful recovery. Steve has cycled the distance from Land End to John O’Groats on a static bike raising over £1,000. After completing this amazing challenge, he said:“ I decided to support Care for Veterans, as the charity looks after people like me. It has given me a new mind-set and the determination to succeed with my recovery.”

Steve’s family has also noticed a real change in his mental attitude. His dad Peter says, “As parents who share this difficult journey with our son. We have also been greatly helped by the staff here, who were fantastic with Steve’s admission, helping us fill in forms and supporting us every step of the way – we’ve never had help like this before.”

Our ongoing support for Care for Veterans has provided vital funds so they can continue to offer nursing care and rehabilitation services to ex-Service personnel of all ages, helping those like Steve achieve a fulfilling life after sustaining injuries.