Stories from John, Jools and Steve

On our visit to Alabaré at their housing centre for veterans, Weymouth Home, we met residents whose lives have been transformed with the help of our funding.

We are pleased to continue supporting partner charities around the world with grants towards their amazing work in helping soldiers, veterans and their families in times of need. One of the charities we are proud to work with is Alabaré, who helps vulnerable and marginalised people, including veterans, enabling them to live an enjoyable and independent life.

In November, our Case Studies Liaison Officer Helen McMahon visited Alabaré Weymouth Home for Veterans and spoke to three residents who shared their experiences of life in the Army and the challenges they faced after retiring from service.

John joined the Army in 1980 and served three years as an infantry soldier in 2nd Bn Royal Regiment of Fusiliers. Aged 22, he was posted to Palace Barracks, Holywood, N Ireland. Although reluctant to leave the Forces, John decided to focus more on his family, since his personal life had been unsettled for many years. He did various jobs in the pub trade and managed cleaning contracts across the UK. 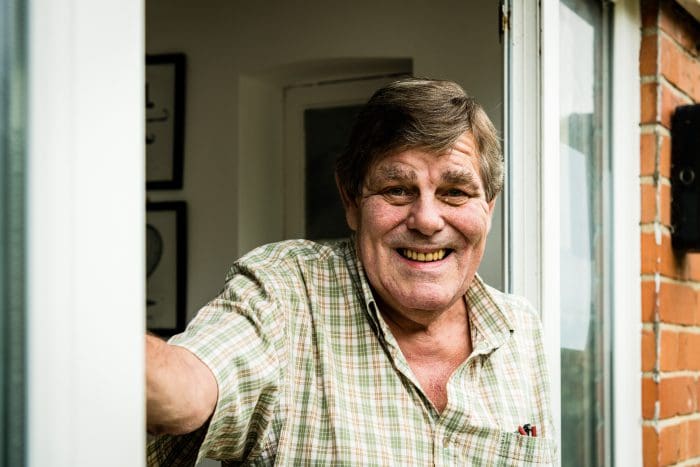 In 2021, John lost his home due to a breakdown in his relationship and alcohol addiction, which left him homeless for a time. His local council put him in contact with Alabaré Weymouth Homes for Veterans.

Now, John looks back at this turning point in his life and says:

“Without this home I would have gone downhill quickly. I feel it has been better for me being in a veterans’ environment – we all have a common interest, talk about the military, what we’ve done. I have a life now and looking forward to moving into my own home in due course.”

Always wanting to follow the footsteps of her grandfather, father and brother, Jools joined the Women’s Royal Army Corps aged 17. She undertook ten weeks basic training at Guildford, after which she spent most of her service at the Stores Depot in Donnington, Shropshire. Now, she has a daughter and two sons, one of whom has also served in the Army.

Jools married a serving soldier and left the Army due to pregnancy in 1980s. Looking back at her time in the Army, Jools says: “I never had a day I didn’t enjoy, be it at work or socially. It was fun, I had a fantastic time.”  She also enjoyed working at night in the Priority Issues Team.

After getting divorced, Jools entered a relationship which turned coercive. Her boyfriend had a serious gambling problem and the pair ended up in debt, living their last year together in a storage container. Jools eventually became homeless and, after learning she was an Army veteran, Citizens Advice Bureau put her touch with Alabaré.

For two and a half years, Jools has been living at Weymouth Homes for Veterans. She says:

“When I arrived at the house I felt worthless, insecure, not trusting of anyone and quiet. After I was enrolled me on a couple of Women’s Foundation courses, I felt I was treated well and started finding myself again.

“I now have stability, know what I am doing and have self-confidence and self-worth. I am waiting on moving into bungalow in the local area.”

Originally from South Africa, Steve moved to UK as a child. Having run away from home as a teenager, he left school at 14 and went straight into employment. He then joined the Army, where he served for three years in the Royal Signals. Steve entered a long-term relationship and had four children but, unfortunately, the relationship broke down after 12 years. He turned to drug abuse, which led to him becoming homeless. 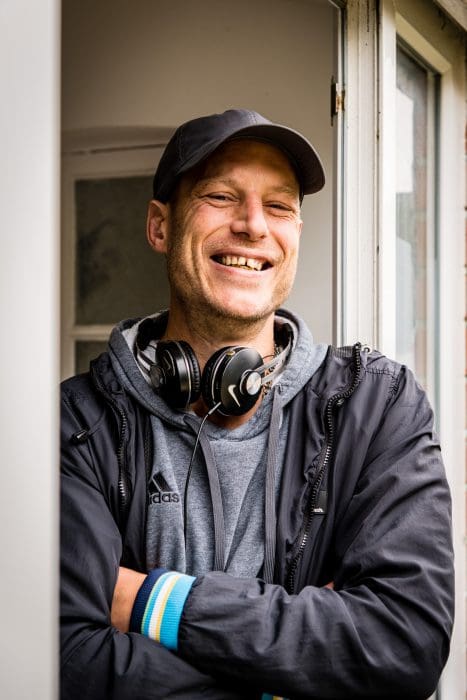 Now, Steve lives in Weymouth Homes for Veterans and is recovering from his drug use with support from Alabaré. He says:

“You wouldn’t have recognised me two years ago. This place has changed my life, saved my life – amazing.”

This year, we are delighted to have helped many veterans to avoid homelessness and hardship through partner charities such as Alabaré. With your support, we can continue making a difference to the Army family from all walks of life, enabling them to enjoy independence and dignity in their daily lives.