Walter served for nine years before an operational injury ended his Army career. We supported him with a grant for household furnishings and his family is now looking forward to a brighter future.

Walter joined the Army as a teenager, serving for three years before leaving and re-joining in 2007. He loved his time in the Armed Forces, saying: “Looking back, I used to sleep and breathe the Army. I miss the brotherhood we had and all the laughs we shared.” 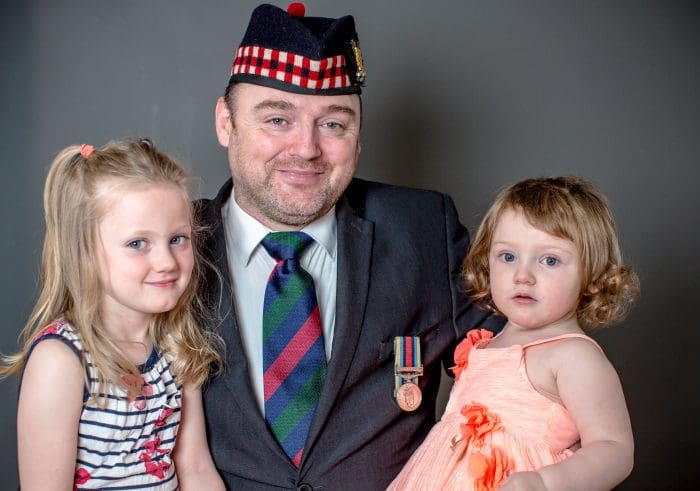 In 2010, Walter was caught in an enemy ambush while serving with 5 SCOTS in Afghanistan. He says: “I was knocked down a hill and landed awkwardly. I got back to my patrol base and the doctor said it was just bumps and bruises.”

Walter continued to be plagued by pain and weakness in his leg. Then, five months after his return to the UK, it collapsed underneath him: “I was marching down the Royal Mile in Edinburgh to parade in front of The Queen. It turned out I had broken my leg in two places.” 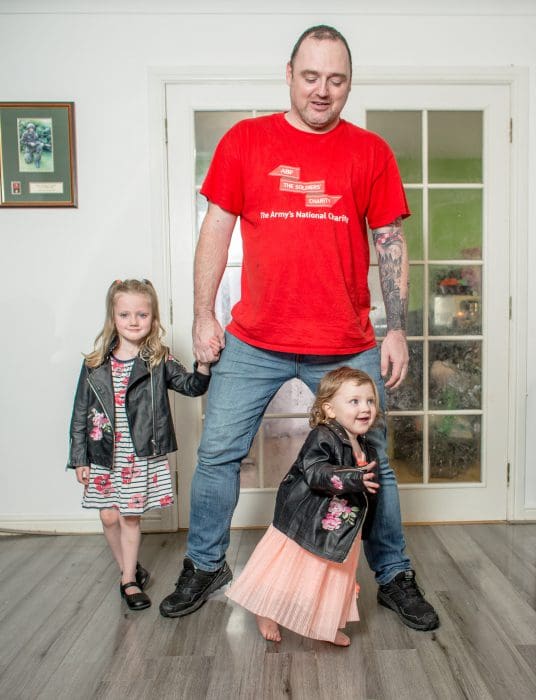 In 2017, Walter was medically discharged from the Army after ten years of service, returning home to his wife and daughters. He got a job as a driver, but his injury continued to cause him trouble. “The job only lasted four months. My leg kept giving way and I was dosed up on painkillers to cope with the pain.” The family got into financial difficulty, unable even to afford basic household necessities.

Our charity supported Walter with grants for household furnishings, including bunk beds for his children and a new washing machine. Walter says: “We were struggling, but the support really helped. The charity does a lot for serving soldiers, veterans and their families. They let us know we’re not alone in times of need.” 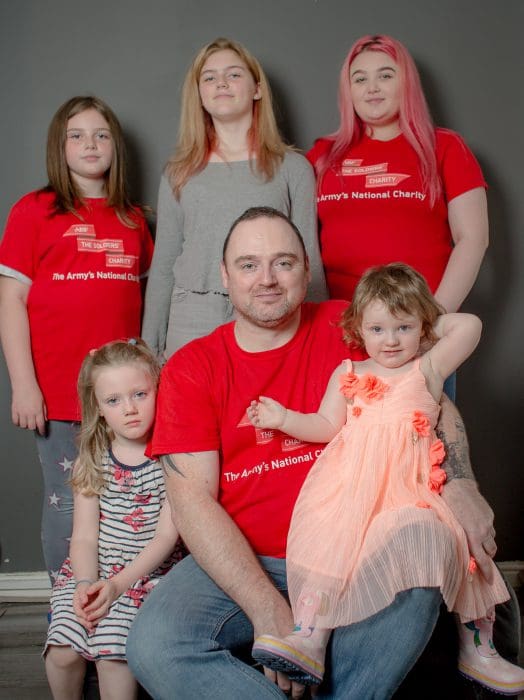 Like many families, the COVID-19 pandemic has been a challenge for the family, but in some ways Walter says the restrictions have proved a blessing in disguise: “I missed out on so much of the kids growing up, but I got to experience it all.”

Help us be here for veterans like Walter when they need us.