It has been 80 years since Operation Dynamo was launched to rescue nearly 340,000 British Expeditionary Force (BEF) and Allied troops from the shores of Dunkirk in France. We are sharing some of the amazing stories of those who lived through it.

Richard Hackett, Regional Director of our West Midlands office, speaks about the experience of his father, James Hackett:

“My father was commissioned in 1932 and joined the 2nd Battalion The Sherwood Foresters in India. In September 1939, the battalion was part of the original force which served with the BEF in France and Belgium during ‘The Phoney War’.  After German Forces advanced across Poland, the front line held by the BEF soon became untenable and the Allies began to withdraw. 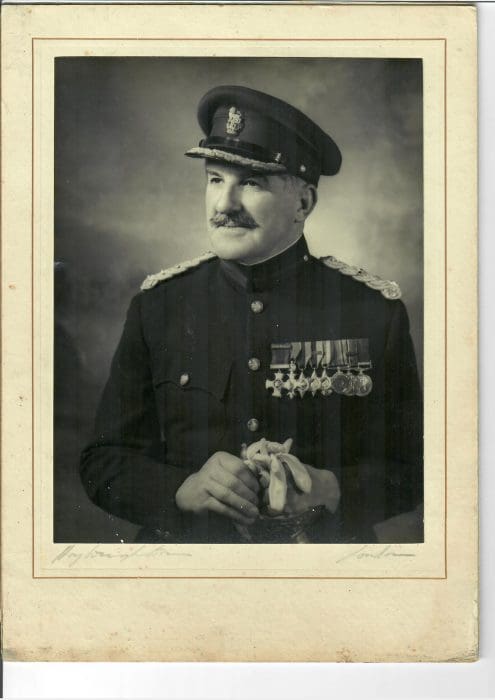 This culminated in the battalion retreating to the beaches of Dunkirk on the night 29th-30th May 1940 after a very confusing and chaotic sequence of events. My father apparently was evacuated from the beaches in a motor boat which soon experienced engine failure. He and his soldiers continued to row across the channel towards England but were soon swept away by the tide when a light loomed out of the darkness which turned out to be a Royal Navy destroyer. When asked if any assistance was required, a soldier in my father’s boat was: ‘We’ve rowed this far, we’ll row the rest!’

My father returned to Dover and was eventually reunited with my mother and the battalion began to re-organise and train in Tidworth , Salisbury Plain. My father went on to see active service in North Africa and Italy until the war ended in 1945.”