Turn to Starboard: How the sea helped a former soldier

ABF The Soldiers’ Charity has supported Turn to Starboard since its founding in 2012. Turn to Starboard supports Armed Forces personnel with physical and mental injuries using the known therapeutic effects of the sea. The charity offers participants the chance to complete Royal Yachting Association (RYA) courses to gain valuable qualifications.

Dave Williams is just one of many that has successfully been helped by Turn to Starboard. Dave is a former soldier who was medically discharged from the Army in 2018 with severe Asperger’s syndrome and post-traumatic stress disorder (PTSD). Part of his difficulty lies within the similarity of his conditions, he explains that “not a lot of people know that the symptoms of Asperger’s and PTSD are quite similar and there are instances where people have been misdiagnosed with the other. When you have both, it gets confusing and the conditions can amplify each other too.”

To challenge himself, Dave took the plunge and booked himself on to a week-long sailing on board the training yacht, ‘Bluster’, and spent five days literally learning the ropes along Cornwall’s picturesque coastline. By the end of the week, Dave was awarded his Royal Yachting Association (RYA) Competent Crew certificate. He has continued to build his seafaring skills and has recently passed the RYA Day Skipper theory exam with an aim to qualify as a RYA Yachtmaster. The highly respected qualification is recognised worldwide and brings with it many job opportunities such as a sailing instructor, charter skipper or professional yacht delivery. 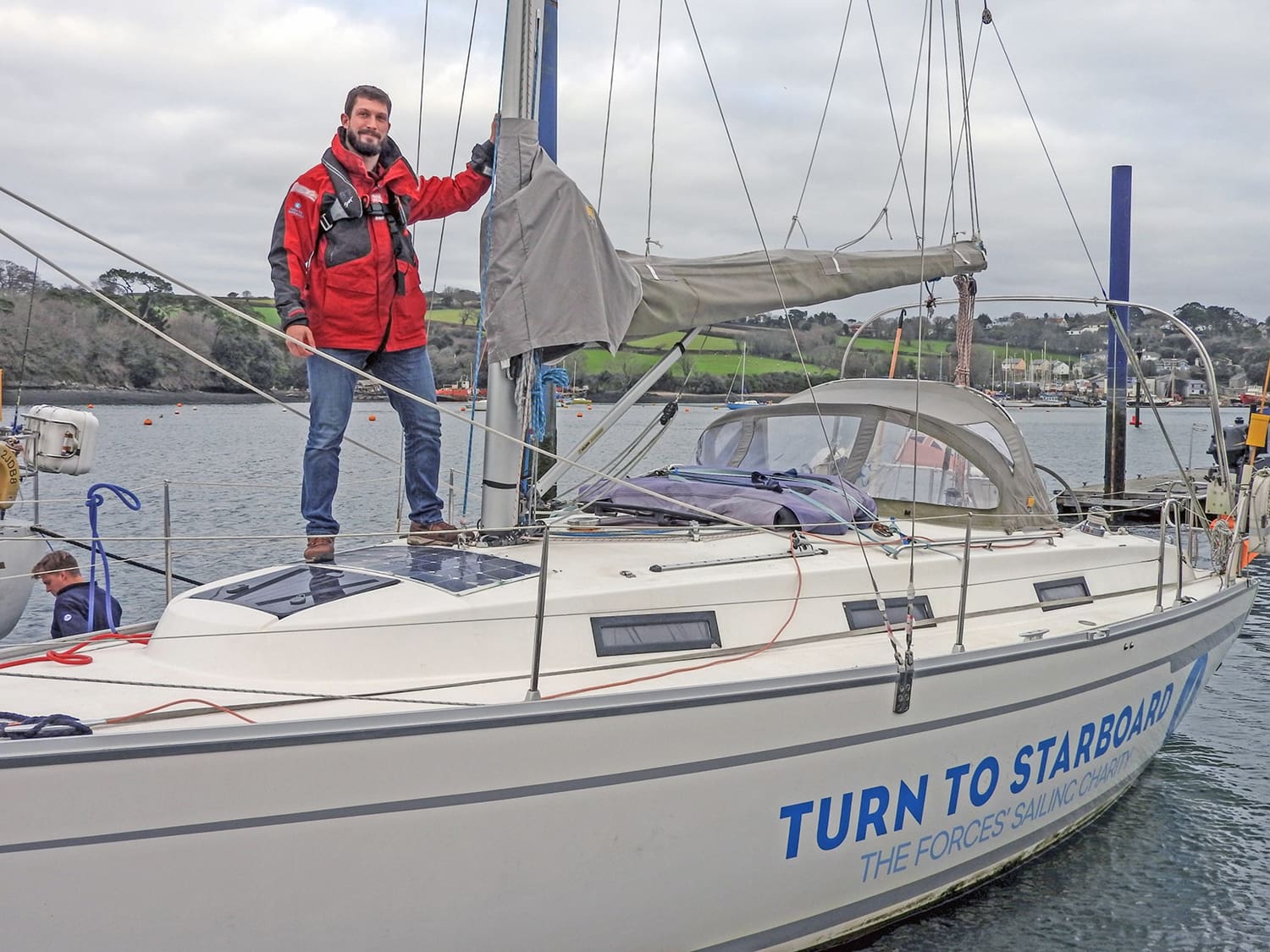 “The Army was my life for all those years,” he says. “It’s all you do and it’s all you enjoy, then it’s over. I’m now learning to sail because I want to gain new skills and work in the industry, I’m really looking forward to a new chapter in life.”

Major General (Ret’d) Martin Rutledge, Chief Executive of ABF The Soldiers’ Charity, added: “We are pleased as a charity to know that the help being given to our veterans is making a life-changing difference to those who need it the most. It is even more pleasing to know that former soldiers such as Dave Williams have made positive changes which have resulted in them successfully rebuilding their lives.”