Voices of the Falklands Conflict

A special-edition podcast to mark the 40th anniversary of the Falklands Conflict, featuring testimonies from veterans who fought in the various campaign battles, and the broadcaster Robert Fox, who witnessed the conflict first-hand.

Host Harry Bucknall pays tribute to the British armed forces who gave their all to liberate the Falkland Islands after Argentine forces invaded on 2nd April 1982. 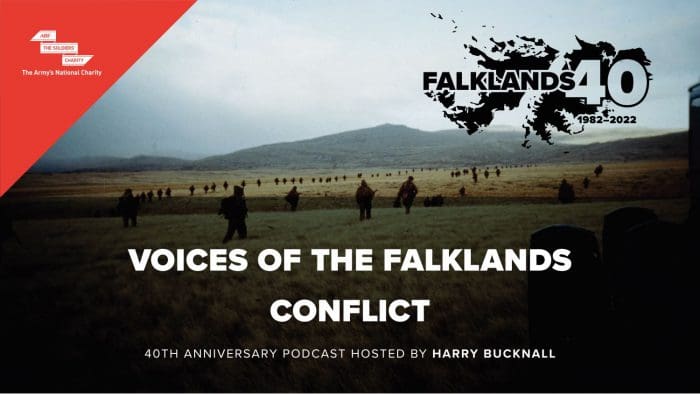 In the years since the Falklands conflict, ABF The Soldiers’ Charity has supported many veterans still living with their physical and mental injuries. In the past two years, we have spent almost £240,000 supporting veterans who served in this conflict, and their immediate families, both via grants to individuals and grants to 18 other charities including the Army Widows’ Association, Combat Stress, The Poppy Factory, Walking With The Wounded, Royal British Legion Industries, Defence Medical Welfare Service, Falklands Veterans Foundation, SSAFA, and SAMA (82).