Working in partnership with the Royal Edinburgh Military Tattoo 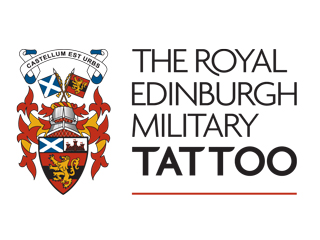 Following the success of its annual August extravaganza, The Royal Edinburgh Military Tattoo has announced that it will donate £1 million to 13 UK-based charitable military organisations and arts bodies this year, including The Soldiers’ Charity. We are honoured to have been chosen as one of the charities and would like to thank the Tattoo for their significant donation of more than £320,000, which will help us continue to support soldiers, veterans and their families in Scotland and beyond.

The Tattoo delivers world-class, public military events, rooted in Scottish tradition which has continuously exceeded the expectations of their audience and partners since their first show in 1950.

Over the years, the grants we have received from the Tattoo have helped us to support a wide range of beneficiaries.

Rucelle Soutar, Head of Finance at The Royal Edinburgh Military Tattoo said: “Charitable giving is ingrained in the values of The Royal Edinburgh Military Tattoo, and we are delighted to once again support The Soldiers’ Charity with a donation of £323,500. This amount will go towards funding a number of vital projects, both on an individual basis and other specialist organisations. The Army has been integral to the Tattoo since it’s foundation in 1950, and we are so pleased that we can continue to support the vital work they do to look after all generations of the British Army family.”

Major General (Ret’d) Martin Rutledge, Chief Executive of ABF The Soldiers’ Charity added: “We are so grateful for the generous and continued support over many years that we receive from The Royal Edinburgh Military Tattoo. This substantial grant reinforces our ability to support the serving Army community, veterans of all ages and their families who need a helping hand to avoid hardship during or after their service and is especially welcome in a period where perhaps the Armed Force’s profile is a little less than in recent years.”