We are deeply saddened to hear that Corporal Sid Sallis, the last surviving Royal Army Service Corps Air Despatcher to serve during the Battle of Arnhem, passed away last Thursday night, aged 96.

During the battle of Arnhem in 1944, Sid was attached to 1st Airborne Division 63 Squadron at aged 21. On the 20th September, he found himself flying over Arnhem dropping supplies to British troops on the ground. It was incredibly dangerous work. In an interview with our charity, Sid recalled: “The Germans were all around us during the drop, and although we couldn’t see them, they could see us. We lost 19 men on the very first day.” 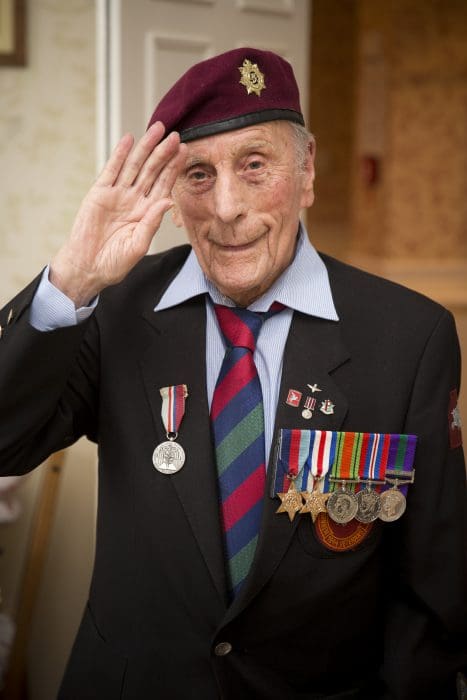 Sid served for five years with the Army, including a spell with a peace-keeping force in Palestine, but it was his memories of Arnhem which remained with him. He wrote a poem, “Arnhem”, to memorialise the courage and sacrifice of the Airborne Division during the battle. His poem was read by Jeremy Irons, Paul Copley, General Sir Mike Jackson and several charity ambassadors at our Poetry and Spoken Word Evening last October. 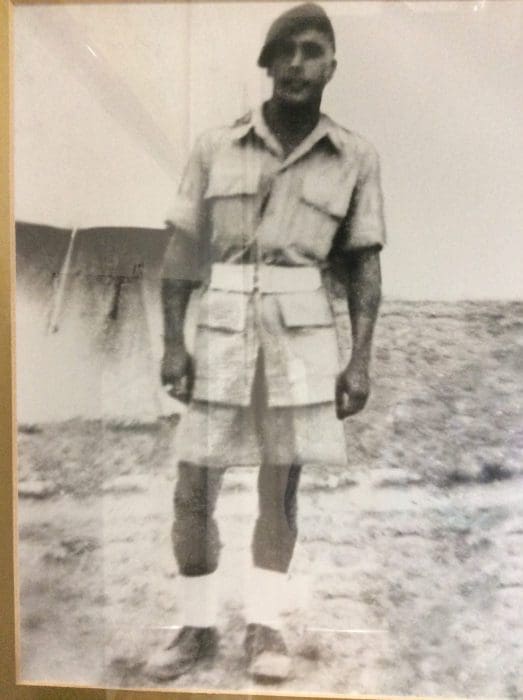 Our charity was proud to assist Sid with his care home fees during the final years of his life, and he subsequently became a treasured friend of our charity. We would like to thank him for his dedication to the British Army and his support for our charity. Our thoughts are with his family at this difficult time.

Were waiting for the flight.

All keyed up to go,

Some were swearing, none were caring

All were speaking low.

Then the order came to board

And the men climbed in the kites.

They made themselves quite comfortable,

Got ready for the fight.

In the sky a drone,

Half in stupors, the paratroopers

They flew across the land and sea,

They flew right over France,

At last they reached the dropping zone,

Now – to lead the Huns a dance.

The para’s went down to earth,

The gliders hit the turf.

This no doubt was their finest hour

So take no glory from them.

The very bravest of the brave,

Were those who’d dropped at Arnhem.

On the ground all around,

The Huns were thick as flies,

And in that hell the lads fought well

And waited for supplies.

Way back in England, standing by

Were the Dakots and Stirlings beside them,

Waiting for the word to go,

To supply the men at Arnhem.

None forlorn, they got airborne,

And soon were on their way,

They’d go to the pluck, they needed luck,

To see them through the day.

Some got through to the Arnhem boys,

And down the panniers went,

Some fell wide and some fell short,

But all were heaven sent.

Cowards? There were none,

To get his duty done.

The “Flak” was heavy all the time,

The Hun’s guns barked below,

Some kiters were lucky, some were not,

And down in flames they’d go.

Planes were bumping, men were jumping,

Some stayed in their plane

For those now dead, let it never be said,

“Those boys died in vain.”

For three long days the boys went out,

Little knowing all the time,

That history was being made.

Gay yet weary, tired and dreary

When came the order to “Stop”

Put to the test, they’d come out best,

And finished right on top.

Let’s think of those who came not back,

The tragedy of the story,

They only know the path they took,

Led only on to glory.

Another page of history written, sad and perhaps forlorn,