Chief of the General Staff talks COVID, women in the Army, and the size and efficacy of the force

Speaking in our new podcast episode for General Talk, hosted by Harry Bucknall, Sir Mark Carleton-Smith, Chief of the General Staff (CGS), has said that the pandemic has changed the way the wider government has recognised its ability to “distil a complicated problem down to its essentials, create a coherent and intelligible plan, and then execute on that plan… this has seen the Army in some respects at its very best.” 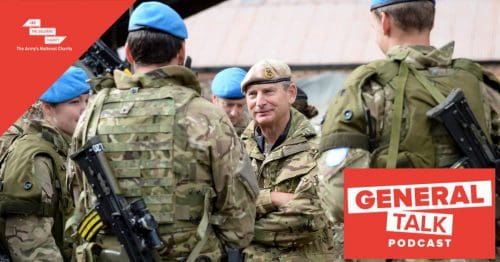 Commenting on the Integrated Review, Sir Mark says that reducing the force from 82,000 to 72,500 means the Army can invest in upgrading principal warfighting capabilities. Sir Mark says that 72,500 Regulars fielding modern transformed capabilities, alongside Reservists, leaves the full force at a “credible metric” of over 100,000. The change in numbers means there’s now an appetite to wed Reservists more substantially to the role of first responders:

“If the Regular Army is getting smaller and we want them to be more active, more often and more deployable overseas we don’t want to tie them to fixed commitments in the UK.”

In a wide-ranging interview the Chief of the General Staff also discusses women in the Army. Speaking to his own regiment’s platoon commanders, he asked them whether they had been comfortable having women flanking them during a fire fight; and was struck by what a non-issue it was:

To hear more from Sir Mark Carleton-Smith, listen to our new episode of General Talk, our monthly podcast here.