Following our recent partnership with Chilli Tuk Tuk, we caught up with them to find out more about their tasty Bollywood Masala! 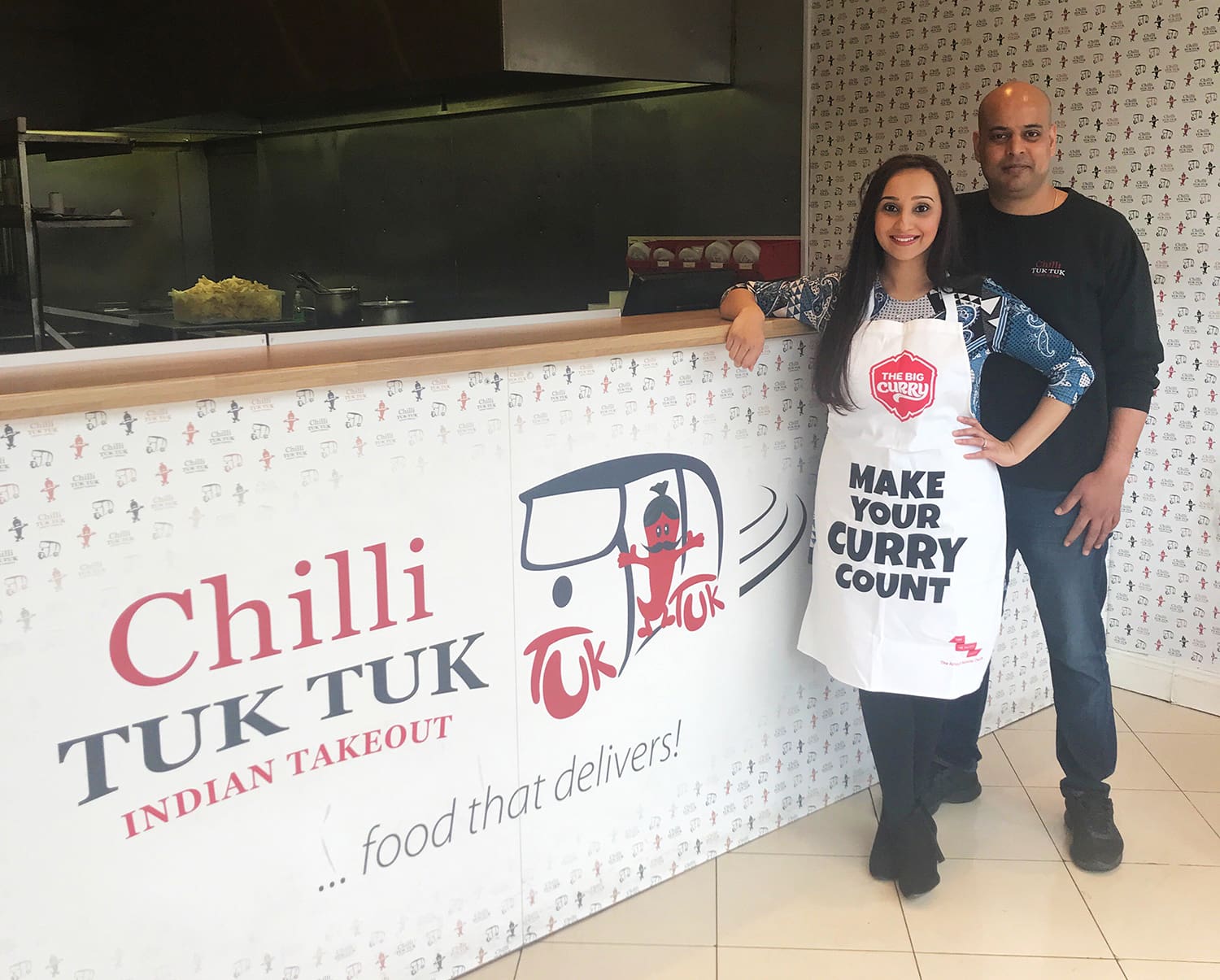 Q1. What was it like in the early days when Chilli Tuk Tuk first started?

That buzz and excitement when we first opened was definitely a new feeling. With no experience of running a business we didn’t quite realise what we had set out to do. The next few months and years proved to be a very steep learning curve but it never stopped us believing in what we were doing. We always said the first six months of trading would tell us if we were on to something and sure enough even though we were far from achieving our financial targets and build on customer feedback which gave us the belief to carry on.

Q2. What are the core values at the heart of Chilli Tuk Tuk?

Be the best, consistency, loyalty and remaining true to our cause. We’ve always referred back to these values whenever we have faced difficult choices and it certainly has helped us make decisions and move our business forward.

Q3. Tell us more about the Bollywood Masala. What’s the inspiration behind this colourful dish?

It’s our unique take on the classic ‘Tikka Masala’. It’s well known that the Tikka Masala is the nation’s favourite, so we had to think about what we were going to do to add the ‘wow’ factor. We worked with some great chefs in Delhi, India to come up with our unique recipe. We tried to trace its origin, many told us it was born in Birmingham, many said Scotland. Some other interesting places where we were told it may have come from but we felt how best to sum up such a great dish with differing origins than to call it ‘Bollywood Masala’ as it represents people from all different places find themselves pursuing greatness. Our Bollywood Masala is one of our top sellers!

Q4. Being crowned the Best Takeaway/Delivery UK at the British Curry Awards 2018 must have felt amazing! What’s changed for you since winning this award?

It was INCREDIBLE, we were over the moon and it’s a moment we will never forget! For starters it gave us such an immense sense of belief that what we strived for over the last few years was worth it and was appreciated. It helped us really establish ourselves amongst some other very reputable places. Since then, we then went on to win another Best Takeaway award at the ARON (Asian Restaurant Owner’s Network) Awards 2019 and we are now being mentored by Sarah Willingham from Dragon’s Den which is phenomenal for us.

We’ve had immense support from the local community and people across North London which we’re so grateful for. We’ve had people walk into our takeaway to congratulate us, customers (existing and new) calling us to have a conversation us and telling us how proud they felt that the best takeaway was in their own borough and we’ve had lots of people getting in touch through social media congratulating us, wanting to find out more about us etc – it’s been absolutely amazing!

Q5. What does it mean to you to be helping ABF The Soldiers’ Charity, especially during the year of the 75th anniversary?

When we first came across ABF The Soldiers’ Charity one thing that stood out for us was what they stand for and that resonated with so much of what we believe in. Getting to know the great work the charity does not only for the soldiers and veterans but also for their families when they need it the most has been such an eye opener and gave us a great sense of compassion. Being able to support this charity at such a milestone is phenomenal as it represents such a great period of achievement and longevity.

Q6. Could we have a sneak peek into any future plans? Are there any new recipes being cooked up anytime soon?

YES! We will be launching a new dish very soon… we can’t say anymore right now though! We are also working on offering more vegan choices, very tasty vegan choices.

We want to grow our brand and we hope this year might hold some exciting opportunities for us. Watch this space! 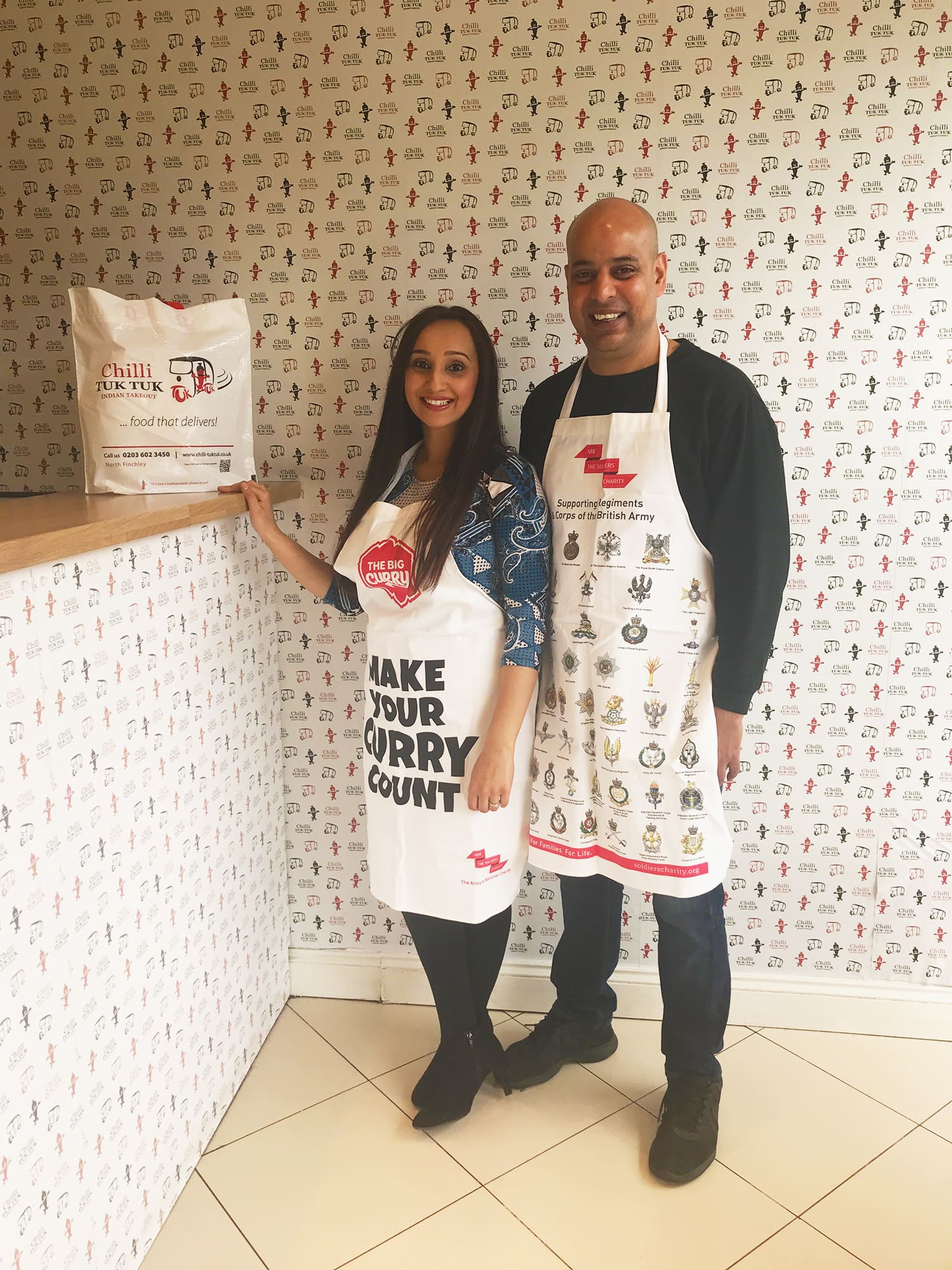