An Evening of Big Band and Jazz

If you would like to make a donation to help us support soldiers, former soldiers and their families, we would be extremely grateful.

An evening of Big Band and Jazz performed by 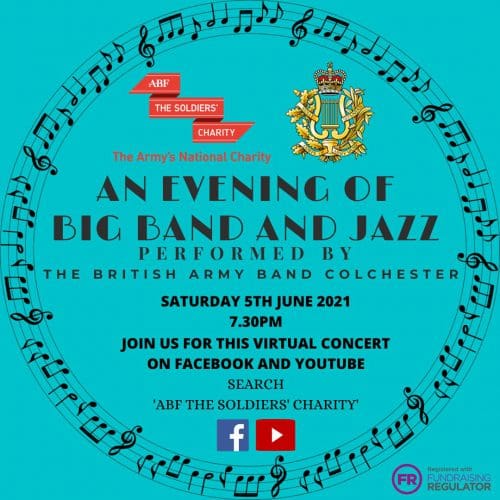 On the Eve of D-Day, join us for a virtual concert performed by the British Army Band Colchester featuring their Big Band and Jazz Group on Saturday 5th June 2021 at 7:30pm.

Our Bedfordshire Committee normally hosts its annual, highly anticipated Reception and Beating Retreat in June each year. Under the current COVID-19 restrictions it is not possible for us to get together this year with a physical performance. However, the show must go on! We have taken this year’s event virtual so you can still enjoy this fantastic event.

Following the success of our Virtual Christmas Concert, we have once again teamed up with The British Army Band Colchester to bring you a virtual concert featuring Big Band, Jazz and much more!

This is another great opportunity to see The British Army Band Colchester doing what it does best, performing and showcasing outstanding musical skills.

Join us on Saturday 5th June 2021 at 7:30pm, where we will be sharing the concert widely via our social media channels. The concert will be pre-recorded (to allow for socially distanced sequencing) and last approximately 25 – 30 minutes. Watch it via:

The concert is FREE to watch.

If you would like to make a donation to help us support soldiers, former soldiers and their families, we would be extremely grateful. To donate as you feel, click here.

Thank you for your support.

About The British Army Band Colchester 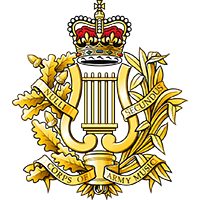 The British Army Band Colchester is a symphonic wind band within The Royal Corps of Army Music (RCAM), able to provide a variety of musical ensembles including Big Band, Chamber ensembles, Fanfare Team and Marching Band.

The Royal Corps of Army Music (RCAM) was formed in 1994 and received the Royal Title on 11th January 2021. The Corps provides musical support to State Ceremonial, Commemorative and Community events throughout the UK and abroad.

If you would like to make a donation to help us support soldiers, former soldiers and their families, we would be extremely grateful.