On the 15th November, MBDA UK hosted the annual Charity Dinner, bringing together over 500 attendees from the customer, supplier and charity communities at the Brewery in London. The evening featured both silent and live auctions with a range of lots available to bid on, as well as other fundraising initiatives. The night was a great success, with over £210,000 raised for military and local charities. 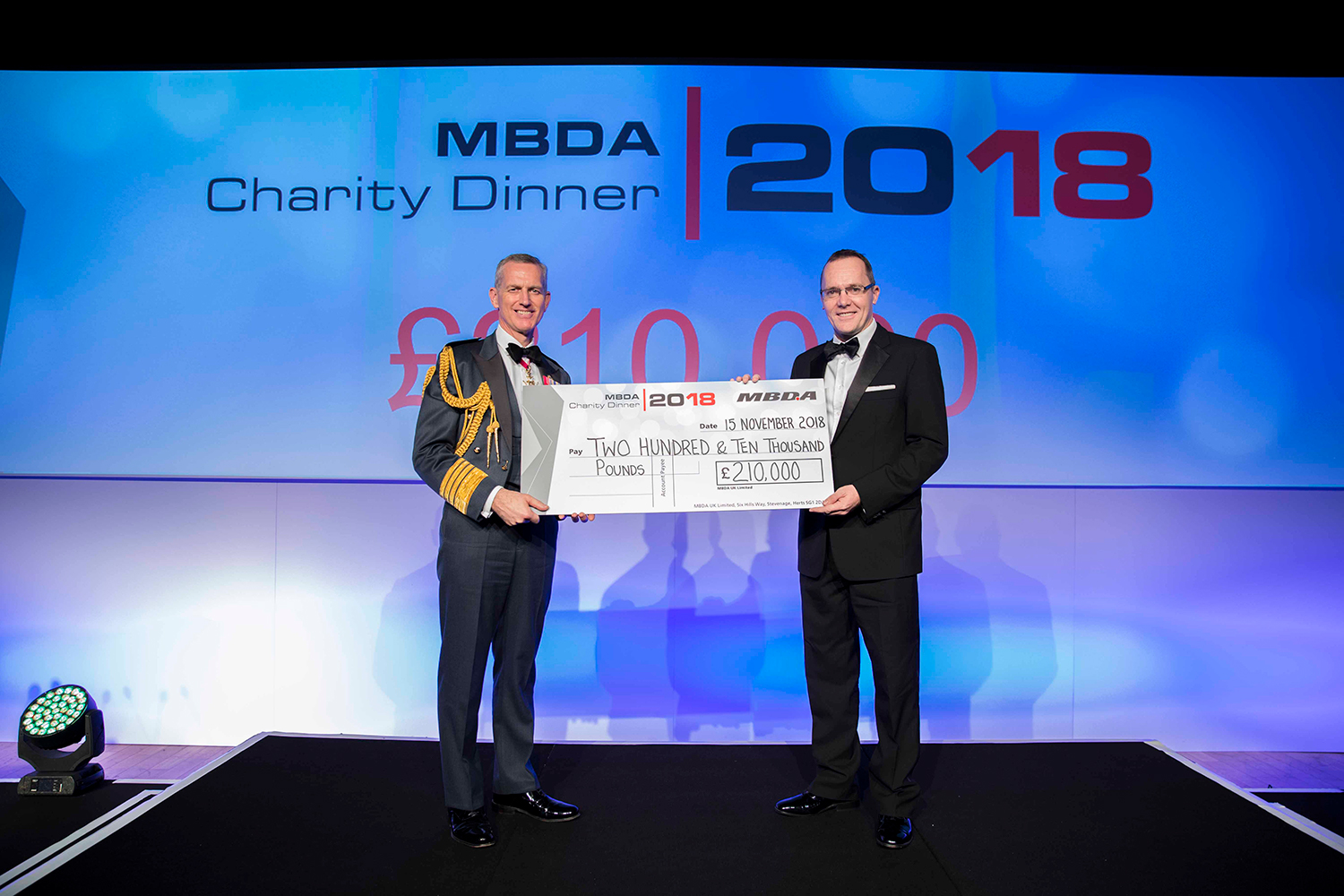 The annual charity dinner is a long-standing event in MBDA’s calendar, having been run for over 20 years. Each year half of the proceeds are donated to nominated military charities and the other half to local charities operating close to its three sites in the UK.

The Guest of Honour, Chief of the Air Staff Sir Stephen Hillier received the cheque on behalf of the charities. Charity representatives who shared their insights into the great work undertaken by their respective organisations included Mike Goody from the RAF Benevolent Fund and Shona Davies from MIND in Mid-Hertfordshire.

Head of UK Strategic Customer Engagement at MBDA, Paula Campbell said: “I am absolutely delighted that we have beaten the fundraising record for the second year in a row and delivered a first class event that our customers and suppliers want to support.”