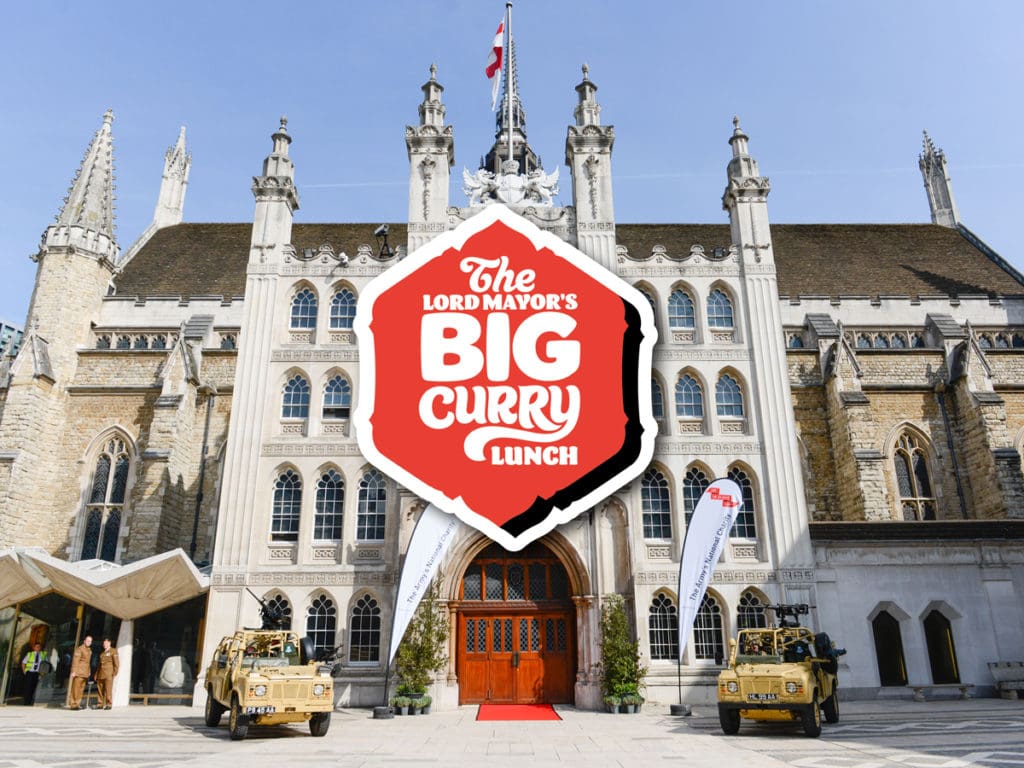 At the Guildhall in London, the tenth annual Lord Mayor’s Big Curry with His Royal Highness, The Duke of York as the Guest of Honour, is set to take place on Thursday 6th April.

The Lunch, in aid of the Charity, has raised more £1.5 million since its launch in 2007 and attracts some of the leading figures in Government and the City.

General Sir Mike Jackson GCB CBE DSO DL President, ABF The Soldiers’ Charity, said: “The Soldiers’ Charity is here to provide support to individual soldiers, veterans and their immediate families when in need. We are delighted that His Royal Highness, The Duke of York – who himself served in the 1982 Falklands campaign – can join us on this occasion. His support means a great deal to the Charity and to those we assist.”

Guests will be able to enjoy specially created cocktails on the day, designed for the event by the Lord Mayor himself. The drinks take their inspiration from Blackpool, where Dr Parmley grew up. The two – Tangerine Dream and Big Dipper – will be on sale at the Coq d’Argent cocktail bar. Each cocktail purchased will give guests the chance to win a pair of watches made by British watchmakers Harold Pinchbeck.