Korean War veteran John was just 23 when an explosion left him blind and partially deaf. Read on to see how our support for  Deafblind UK helps John to enjoy his independence. 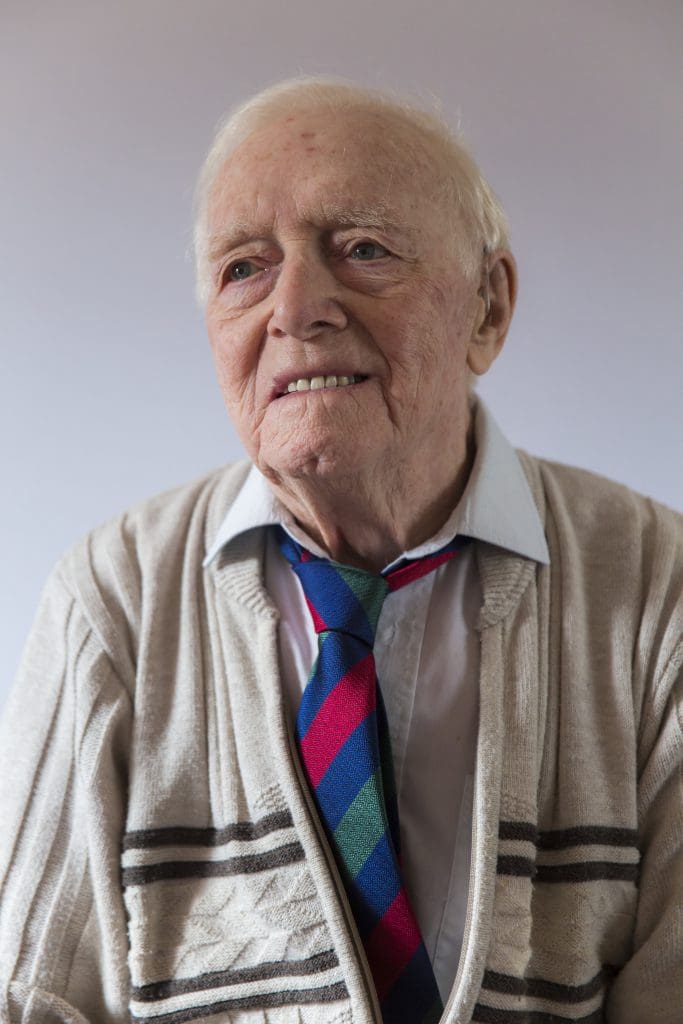 John was born into a large family near the Liverpool Docks and joined the British Army in 1950 as a regular soldier with the First Battalion, The King’s Regiment.

In June 1952, John’s regiment was sent to Hong Kong to undergo training before landing in Pusan, Korea, in September 1952. The following May, John was involved in a night attack against Chinese forces. An explosion cost him his sight in both eyes, most of his hearing and several of his fingers.

John remembers:“The doctors said: ‘You’ll never get your eyes back because you’re going to deteriorate.’ I had blood coming out my ears and my eyes. I couldn’t see because I had bandages on.”

John’s thoughts turned to his girlfriend Violet, who was waiting for him at home in England. There was a young nurse at the hospital who would write his letters for him.

“I told the nurse: ‘Tell Violet not to bother waiting for me because I’m not the same.’ I got a letter back, saying: ‘I don’t care what you look like. I still want to marry you.’”

As his strength returned, John was moved to a hospital in Britain and quickly married Violet. Now, almost 70 years later, they are still together and have four children and many grandchildren.

To help him cope with his disabilities, John and Violet are regularly supported by Deafblind UK, one of our many partner charities. John has a community outreach officer who works towards improving his quality of life, including support with digital technology.

To find out more about our funding for DeafBlind UK, click here.

Fought between 1950 and 1953, the Korean War is a forgotten conflict that helped shape the modern world.