Lester was medically discharged from the Royal Army Medical Corps after 22 years in the Army. Now, through our partnership with Barclays, he has a civilian career as a drugs dog handler with his dogs, Beans and Denzel. 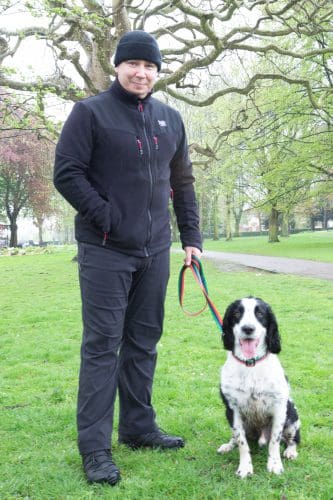 Former Staff Sergeant Lester Staples served with the Royal Army Medical Corps for over 22 years. He deployed to Iraq at the beginning of the Iraq War in 2003, taking part Operation Telic 1 and 2.

Lester’s health began to suffer and in 2015 he was medically discharged from the Army. A lifelong dog-lover, Lester decided to retrain as a drugs dog handler, but found he was unable to afford the course fees. 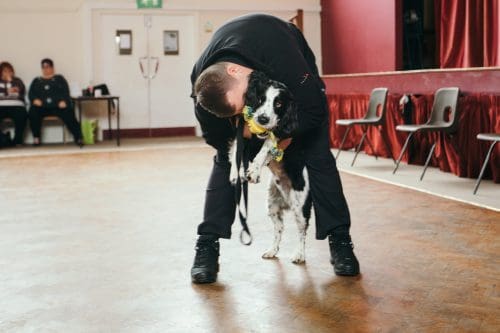 Working together with Barclays, one of our corporate partners, our charity helped Lester attend a 16-day intensive dog handlers’ course. Lester says: “Imagine you’re in the deepest, darkest hole and you can’t see any way to get out. Then imagine someone is throwing you a rope.” Lester completed the course and is now a self-employed drugs dog handler with two dogs, Beans and Denzel.

Lester has some words of advice for soldiers who are facing the prospect of leaving the Army and embarking on a new civilian career: “I think that a lot of soldiers believe that they’re not worthy. But you are. You’ve served your time and you have done something positive for your country.”

By making a donation you can help former soldiers like Lester make a successful transition from military to civilian life.