Mark was diagnosed with complex PTSD after 22 years in the Army. Our charity enabled Mark to complete an adventure training instructor course and he is now a Senior Instructor Combined Cadet Force.

Mark served for 22 years in the Duke of Lancaster’s Regiment and undertook six operational tours across the globe, including Bosnia, Iraq and Afghanistan. On his last tour of Afghanistan, he was a Platoon Sergeant and was Mentioned in Dispatches for courage under fire whilst rescuing one of his soldiers who was pinned down.

Mark’s last tour was at Pirbright Training Centre, where he was a Phase 1 Training Sergeant responsible for turning civvies into soldiers – a challenge he enjoyed. But his fiancée Karly, a serving soldier, started to notice that something was wrong. Mark says: “I wanted to soldier on. I wanted to say: ‘I can beat this. I can get through it.’ But as time went on, it got increasingly worse and it became evident that this wasn’t the path for me.” 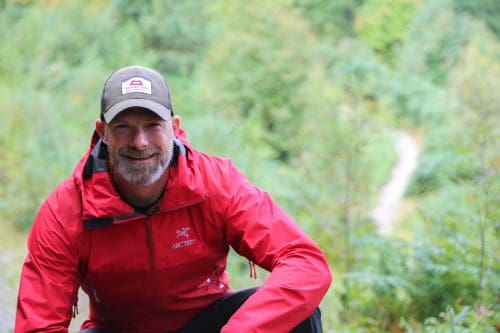 Mark was diagnosed with complex PTSD and was medically discharged from the Army. All the while, he was grappling with the question of what to do next.  Mark knew he wanted a career that would utilise his Army skills and training, but after two decades in the Forces he had no idea how to adapt to civilian life. Already a skilled mountain biker, he found himself drawn to the outdoors.

“I find the mountain terrain, the beauty, the exposure, the limitlessness that you can achieve is just breath-taking. I get quite emotional when I’m in the mountains. I’m always looking for the next big challenge, the next big mountain, the next view, the next sight.” 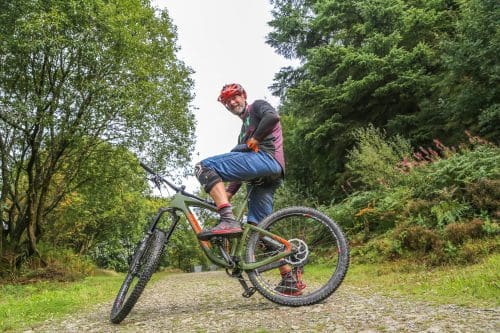 Our charity awarded grants for training and equipment, enabling Mark to complete an adventure training instructor course. Throughout our partnership with Barclays, he also received funding towards a mountain biking qualification. Mark is now a Senior Instructor Combined Cadet Force, Alleyn’s School, Dulwich. He and his wife Karly are both ambassadors for our charity.

Mark says: “You’re never proud to admit you’re that soldier in need, but clearly I was. ABF The Soldiers’ Charity was there for me when I needed it most.”

Help us provide a lifetime of support to former soldiers like Mark.