Afghanistan veteran Norris was medically discharged with a spinal injury and PTSD. Thanks to our partnership with The Poppy Factory, he has regained his confidence and is looking forward to the future.

Norris moved to the UK from St Vincent and the Grenadines in the Caribbean in 2007, settling in the West Midlands. The following year, aged just 20, he joined 2nd Battalion, the Mercian Regiment. After completing training, he did a tour of Afghanistan in 2009, including Operation Panther’s Claw in Helmand Province. He says: “When we started losing a lot of guys, I got worried. Everyone in my team wondered if they would make it through each day.”

His regiment had to stay out longer in Afghanistan than they were meant to and that’s when things started to go wrong. There were numerous explosions. Once, while out on observation, they were ambushed and Norris was hit by a rocket-propelled grenade, resulting in serious injury. 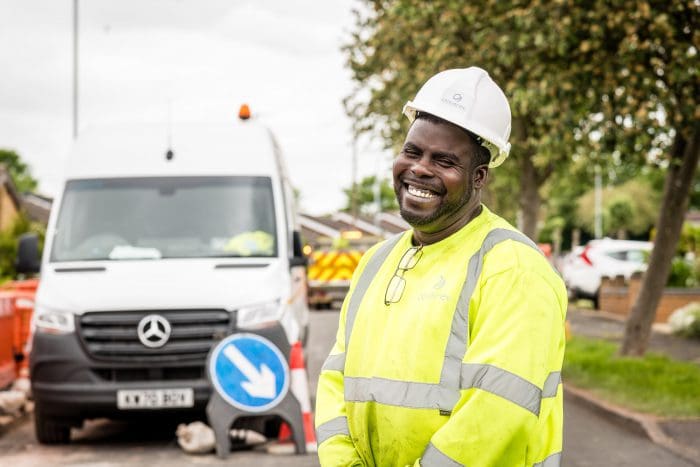 On his return to England, Norris was transferred to work in the Officers’ and Sergeants’ mess, which was very different to being a soldier. He was then medically discharged with a spinal injury and PTSD in 2013, and had to adjust to the civilian world without having the time to undergo a gradual transition from the Army. “I was trying my hardest to get a job. I worked in a few different places. People would always ask nasty questions about the experiences I’d had while serving, and I felt they would look down on me.”  Norris said. Wanting simply to pay the bills and put food on the table, the Afghanistan veteran found himself in a very difficult situation and had a hard time coping.

Norris received support from the Poppy Factory, one of 43 charities funded by ABF The Soldiers’ Charity in the past year. The team at the Poppy Factory worked with Norris to develop his CV, which helped him land a role with a local telecommunications company, working as part of a team that lays fibre optic broadband cables. Although this opportunity has come to an end, it gave Norris a new sense of purpose and he now has plans for future growth: “In the long-term, I’d like to keep developing a plan for my own distribution business that I wrote up before the virus. I’m ambitious for the future.”

Norris commented: “I am very thankful to ABF Soldiers’ Charity for the work they did, enabling me to receive some funding from The Poppy Factory which has led to employment.”

ABF The Soldiers’ Charity is delighted to support The Poppy Factory with an annual grant towards employment support for wounded, injured and sick soldiers. Through our joint efforts, Army veterans like Norris can receive the help they need when seeking employment.