Team about to set off for epic 100 Peaks Challenge

On the 23rd of May, the 100 Peaks Challenge, an epic 25-day trek across 100 peaks of the British Isles, will get underway, aiming to raise £100,000 for both ABF The Soldiers’ Charity and Support Our Paras in the process.

The 100 Peaks Challenge was created by Karl Rushen, a supporter of both charities, who has already raised several thousand pounds for many military causes. Karl was inspired to set up the event in memory of his brother Lloydy, a soldier who was killed in action in Afghanistan in 2011.

The team of four – three men and one woman –  will attempt to summit 100 of the highest peaks across the UK. The team will also cycle between Peak Regions and cross the Irish Sea twice in kayaks to the Isle of Man.

Explorer and British Army veteran, Sir Ranulph Fiennes added: “This is a genuine attempt at something quite epic, almost extreme in its ambition. It is quite possibly the most demanding endurance challenge ever staged in the UK.”

Brigadier (Ret’d) Robin Bacon, Chief of Staff for ABF The Soldiers’ Charity said: “Karl has already run several marathons and taken part in skydives for our Charity, and now he and his team are taking on one of the most unique and challenging events we have seen. Not only are they showing their support for the men and women of the Army through this gruelling challenge, but the money they raise will make a real difference to those soldiers, veterans and their families who may need our help.”

Stephen Cooper, Support Our Paras Charity Director, said: “Karl’s energy and drive in memory of his brother Lloyd is inspiring. This breath-taking challenge takes it to new heights. We wish Karl and his team the very best and are grateful that he has chosen to support our Para soldiers and families.” 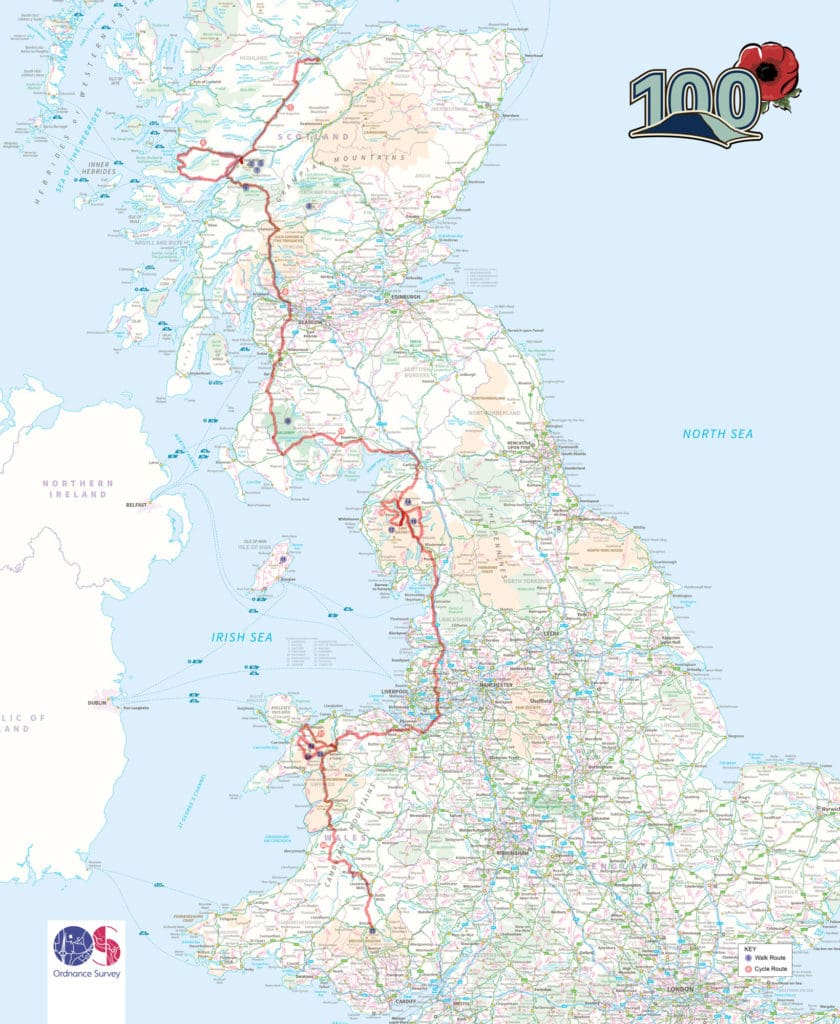