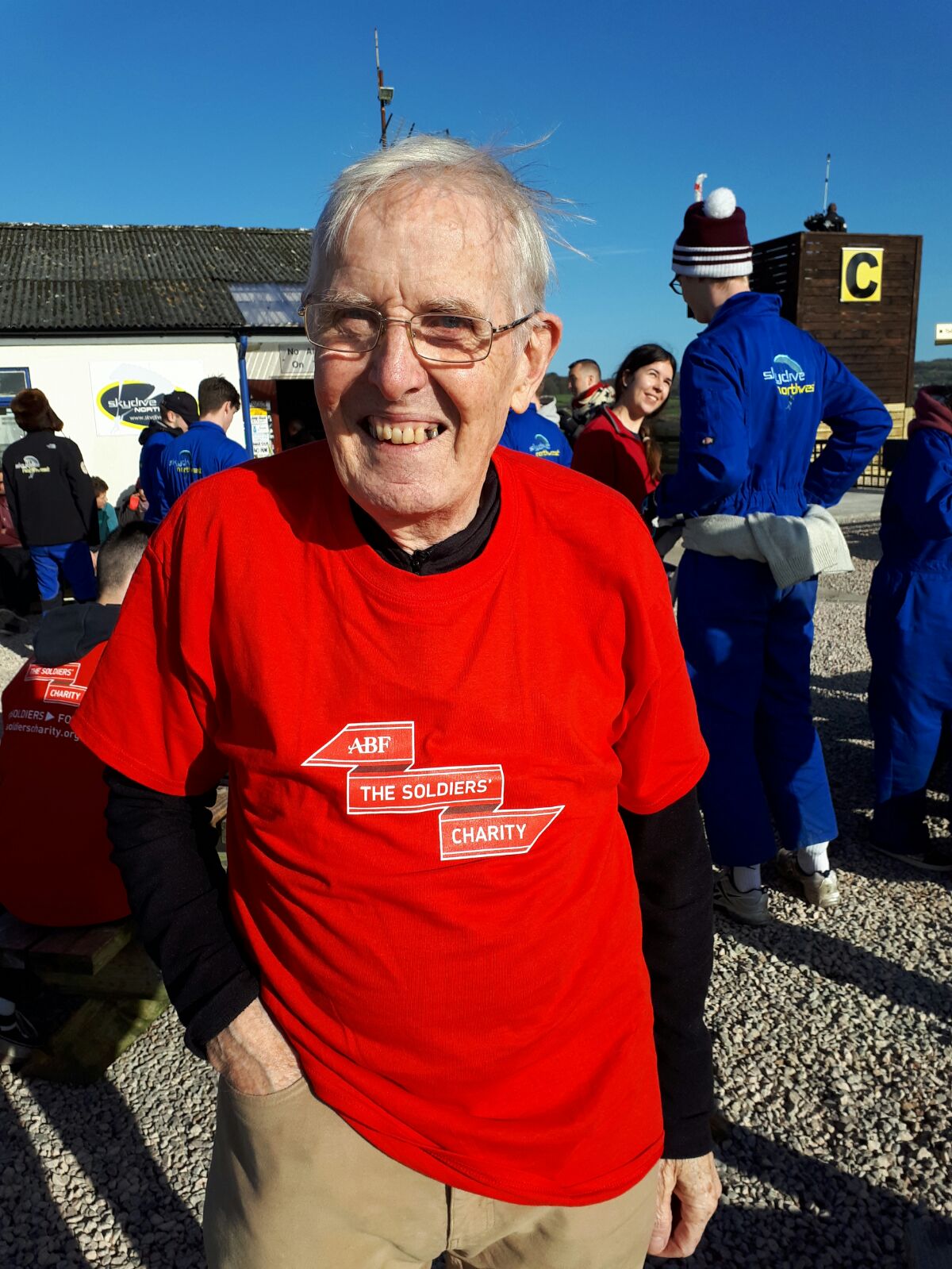 Ex-British Army Major, Reverend Ken Wright from High Harrington, celebrated his 80th Birthday last weekend with a skydive from 14,000 feet in aid of our Charity.

Rev. Ken spent 25-years in the service, 18 of which he served with the Royal Electrical and Mechanical Engineers serving in Northern Ireland, Hong Kong, and Germany. He last parachuted 60-years ago and was keen to take to the skies once more.

This was Rev. Ken’s first jump at such a great height and out of an aeroplane, having previously jumped from 800ft from a Hot Air Balloon’s wicker basket as part of his Officer training.

Rev. Ken said, “I have always liked the idea of parachuting. It is something I have always wanted to do and it is great to raise money for charity at the same time. I have always supported Army charities. I have so much admiration for the soldiers of today and wanted to support them. The reason I did it was for charity funds so if the charity wants me to do it again I’d like to.”

Rev. Ken was joined by a group of young soldiers from Harrogate, who he said were “young enough to be my grandchildren.” He now credits these soldiers for inspiring him to continue his charity challenges.

Though Rev. Ken has no current plans for his next charity challenge he said ‘I like to undermine perceptions. I like doing things people wouldn’t expect me to do’. We all hope we are as fit and adventurous at 80-years-old!
Thank you, Ken, for raising nearly £1,000 for our Charity!